In order to capture chip market, South Korean technology giant Samsung has unveiled its new Exynos 5 series 7872 chipset that will power some of the upcoming mid-range smartphones in 2018.

The new Exynos 5 series 7872 chipset is built on the 14-nanometer FinFET process, based on the 14 LPP (Low Power Plus) technologies. It features a hexa-core CPU consisting two Cortex-A73 cores and four Cortex-A53 cores. Additionally, it comes along with a Mali-G71MP1 graphics processing unit.

Samsung claims the single core performance has been increased by two folds when compared to its predecessor, enabling faster web browsing, app launching and other operations on a smartphone in its class. 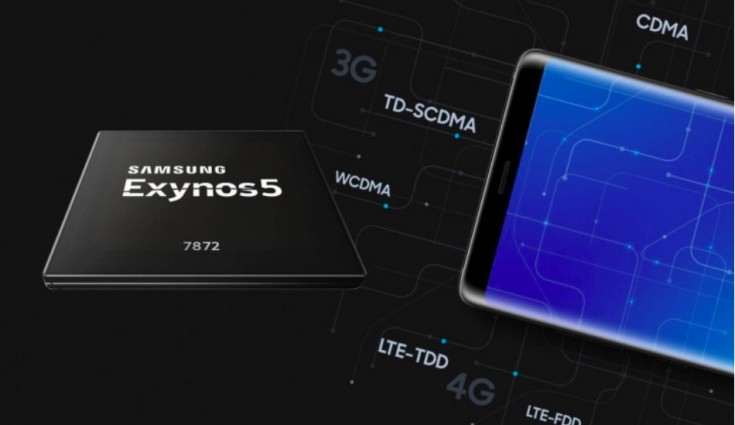 Other than this, the Exynos 7872 features an improved Image Signal Processor (ISP) for better image quality and Multi-Format Codec (MFC) support for encoding and decoding Full HD video at 120 frames per second. The ISP also enables the smartphone to feature an iris camera sensor up to 8-megapixel for enhanced authentication. This essentially means that we can expect mid-range handsets feature this security feature soon.

Additionally, the chipset supports up to the 21.7-megapixel sensor for each of rear and front camera. However, the company has not introduced any special provisions for a dual-camera support.

Storage and memory options include LPDDR3 for RAM, eMMC 5.1 for built-in storage and the SD 3.0 standard for expandable memory.

The first smartphone to be equipped with an Exynos 5 7872 SOC is the Meizu M6s, which was launched on Wednesday.