Capillary Technologies, an omnichannel customer engagement, and commerce platform has appointed Mr. Ganesh Lakshminarayanan as the new COO of the company. 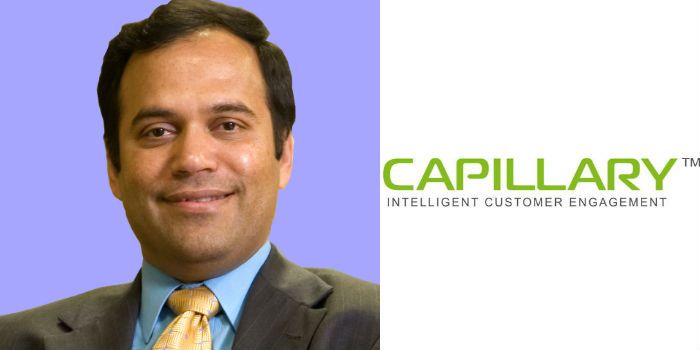 In his new role, Ganesh will steward the company’s hyper-growth steering towards profitability. His efforts would translate to scaling Capillary to be the product bellwether from Asia.

He also serves on the board of Capillary. He brings with him a vast and varied experience in IT solution sales and delivery, e-commerce, e-support, IT/ITES, outsourcing, big data, decision sciences and customer service in his long and illustrious career.

Speaking on his appointment, Aneesh Reddy, Co-Founder Capillary Technologies commented, “We are extremely excited to bring Ganesh on board. He was the first President and MD of Dell in India and was instrumental in starting Dell’s business in India fifteen years ago. He planned the start-up of the firm’s operations, scaled the company’s business and laid the foundation for a billion dollar domestic market operations and half-a-billion dollar point of need services business. We are confident of the fact that Ganesh will replicate this stellar success and help us take Capillary Technologies to the next level of growth and innovation.”

Ganesh has an MBA from the University of Michigan, Ann Arbor and BS in Computer Science and Engineering with top honor as the gold medalist, from Anna University in Chennai, India.

He began his career in consulting and then moved to a role in Dell based out of Austin, where he led significant parts of Dell’s e-support group worldwide and e-commerce group for Americas. In 2001, he moved into an entrepreneurial mode, starting up Dell’s operations in India. Over ten years, he scaled it to a team of 15000 with a billion dollar domestic market operation.

He then started playing a stronger role in India’s entrepreneurship ecosystem. As the senior advisor at Sequoia Capital, he worked closely with some of their portfolio companies like Mu Sigma, BankBazar, Porter, and Capillary Technologies.

Ganesh has served twice as elected member of the NASSCOM executive council which is the industry body for Indian IT/ITES sector and FICCI (Federation of Indian Chambers of Commerce and Industry).