Facebook is planning to take on popular ephemeral messaging app Snapchat by developing its own video and photo messaging app dubbed Slingshot. Snapchat is an app popular among teenagers which allow users to send smartphone photos that automatically disappear after a few seconds.

According to the Financial Times Slingshot allows users to send short video messages with just a couple of taps of the screen. After months of work, Slingshot could be launched this month but there is still chance that Facebook might decide not to proceed with launching the product. 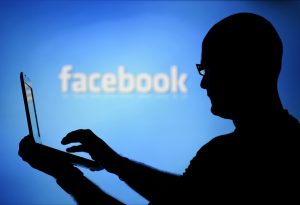 The app could be ready for release on the major smartphone platforms by the end of this month. Slingshot is likely to stand alone from Facebook Messenger as a part of Mark Zuckerberg’s strategy of unbundling the group’s social network into standalone mobile services.

Slingshot is reported to have video chat and will let users send photos or short videos that can only be viewed once to their friends by tapping on their profile pictures. However, the report does not mention on which platforms the app will be available.

Facebook sees Snapchat as a huge threat and had once tried unsuccessfully to acquire the app for $3 billion. The company already owns two messaging apps — Messenger and WhatsApp.