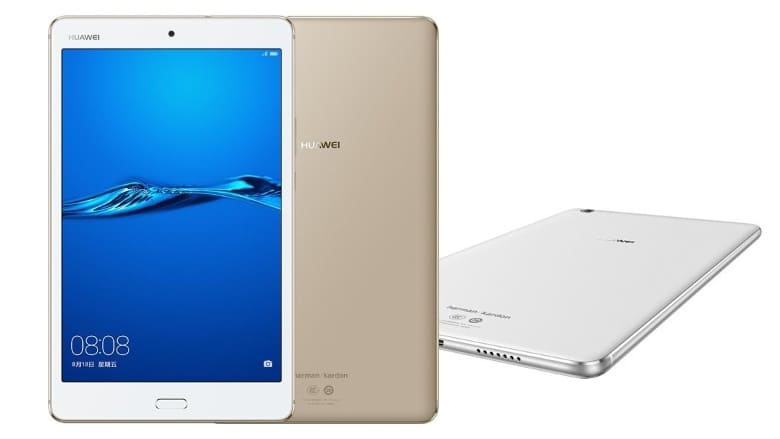 In terms of specifications, Huawei MediaPad M3 Lite 8.0 sports an 8-inch full HD display with a resolution of 1200 x 1920 pixels. It is powered by a Qualcomm Snapdragon 435 1.4GHz octa-core processor with Adreno 505 GPU.

The Tablet comes with 3GB RAM and 32GB storage, and 4GB RAM and 64GB storage variations. Both the variants have microSD card slot that can be used to expand the storage capacity of the device.

For imaging, the tablet has a 8-megapixel camera both in rear and front as well. It is equipped with a powerful 4,800 mAh battery and runs on Android 7.0 Nougat operating system with EMUI 5.1 on the top. It comes with a couple of software enhancements like View to Multitask, which offers split-screen multitasking; Control at the touch, for gesture-based functions; Kid’s Nook, comes preloaded with some kids-specific apps; Baby your eyes, for the reading mode.

Similar to the MediaPad M3 Lite 10, the new MediaPad M3 Lite 8.0 also sports Harman Kardon speakers for better sound quality and comes in three Gold, Silver and Gray color variants. However, there is no word on its availability and pricing given by the Chinese giant.