Microsoft Launcher is back with a fresh array of features in its new update, after the upgrades it brought to the Android app last week. This recent update to version 4.4 offers an addition that specifically favours trouble-free creation and management of folders on Android platforms. 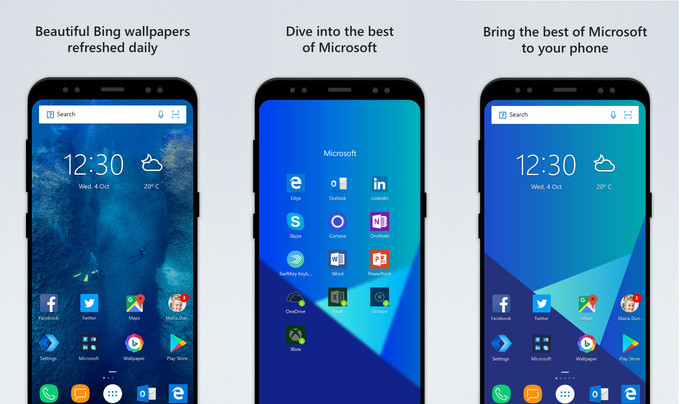 With this modification, folders can now be created in the app drawer, and multiple items can be opted from different pages, simultaneously. Long press menu embedded will aid the users to create, reposition, and drag & drop folders on the home screen.

Microsoft Launcher has crossed the 10 million downloads mark on Google Play. Google counts individual installs as separate downloads, which means that the launcher has been installed on at least 10 million different devices to date. That’s pretty impressive, wouldn’t you agree?

App developers have also ensured greater flexibility by incorporating options to enable and disable the dock accordingly. Clients are now authorised to fashion their home screens without a dock. In an addition to these, weather refresh issue has been eliminated through fine-tuning of Weather/Time widgets. Apps including Line, BBM, Instagram, Yammer, Textra and WhatsApp also gets minor revisions in the new update.

Though beta testers trace out no single feature that might be obvious, a meld of all the available improvements marks this update as important for users who are keen in customizing their gadgets. Version 4.4 can be picked up at the Play Store only If you’re enrolled as a Microsoft Launcher beta tester. And if you aren’t yet a beta tester, anyone can sign up to become one. These features will presumably make their way to the release version of the app before too long.