SHAREit has introduced four new interesting features to the app, designed essentially for the Indian consumers. The upgraded version of the app delivers cutting edge features like ‘SHAREit Vault’, ‘SHAREit CLONEit’, real-time transmit and an integrated music player. The much anticipated version runs on a brand new user interface molding the experience into an exciting one. The new features will simplify the cross-platform connection procedures and provide a more convenient user experience, making SHAREit the most flawless tool app available for the consumers. 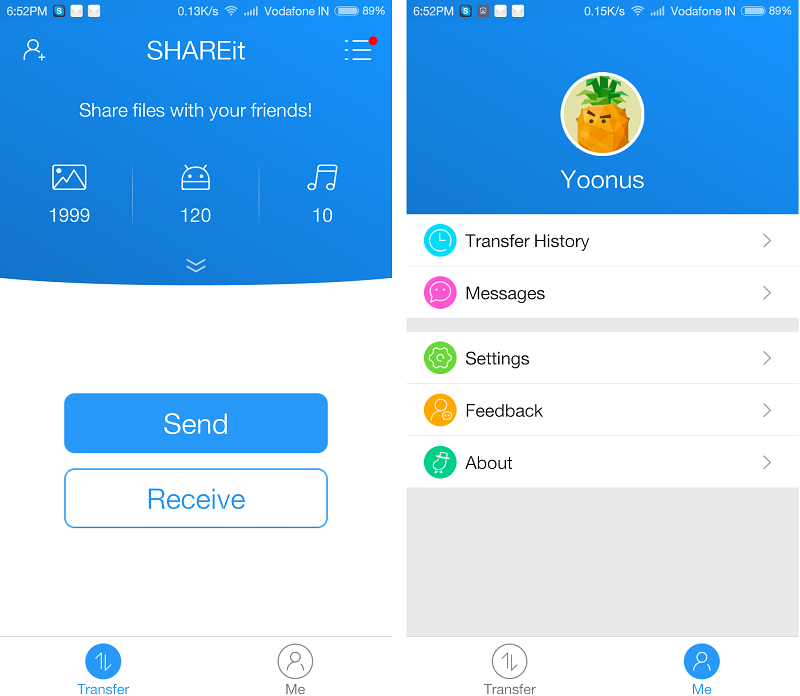 Amid ever-growing concerns about mobile security, SHAREit has launched an extensive way to keep the consumer’s private files under covers with the addition of ‘SHAREit Vault’, which can be unlocked only with a four-digit code. For quick and easy transfers, it has incorporated another compelling feature titled ‘SHAREit CLONEit’ which can be used to transfer as many as 12 types of mobile files from old phones to new ones. In order to transfer data without any interference, it has also developed a real-time transmit function in the app which establishes quick pairing and enables more rapid transfers between any two phones.

“We believe India is one of the most lucrative markets for ‘SHAREit’ and remains at the center stage of our operations as it accounts for one-fourth of our entire global user-base. Over the past few months, we have noticed that the Indian customers are moving towards simplicity and ease. Keeping our consumer’s preference in mind, we have built a user interface that is highly secure yet seamless in its usage. We are committed to providing our consumers with a better user experience and will further equip the app with advanced functions”, explained Mr. Yan Fei, CEO SHAREit.