Facebook-owned messaging service app WhatsApp Messenger has given its 1 billion-plus strong active user base another reason to cheer this year. The messaging app today launched its brand new “Live Location” feature that will help users share their location with friends and family in real-time anywhere in the world.

The feature will be coming to both Android as well as iOS users in the next update. WhatsApp Messenger has ensured that location sharing will be end-to-end encrypted like all of its other messaging functions. Additionally, users can, at any time, opt not to share their locations or simply let the “Live Location” timer expire, which appears to serve a security function as well. More on that below. 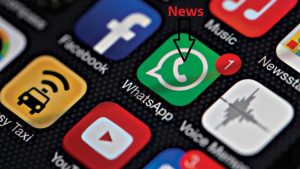 How to use WhatsApp’s Live Location feature?

To avail the “Live Location” feature, all you have to do is to open a chat with a person or group. Head over to the attach button and under “Location” tap on “Share Live Location.” What’s more? Users can also set a timer to fix the duration for which they want to share their location. This feature is used the same way no matter if you are in a single chat or a group chat. 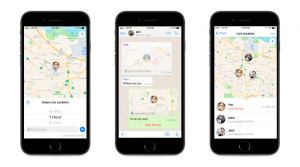 Every user whom you’ve chosen to send your location to will be able to find it on a map in real-time. Here’s another nice add-on: The live location feature can also be used in a group chat even if multiple people share their locations simultaneously. In such a scenario, people’s icons will simply appear on the same map.

It’s interesting to note that Facebook, the parent company of WhatsApp Messenger, had already rolled out this feature, although temporarily, in Facebook Messenger back in May this year. Rival messaging app Telegram already has a real-time location sharing option on its platform. Also, Snapchat, too, had launched a similar feature earlier this year.