TCL announces the launch of another smartphone dubbed as Alcatel 3C in Italy. Priced at EUR 129.99, the device is likely to go on sale in other European markets by the end of the month. It will be available in Metallic Black, Metallic Blue, and Metallic Gold colour variants. 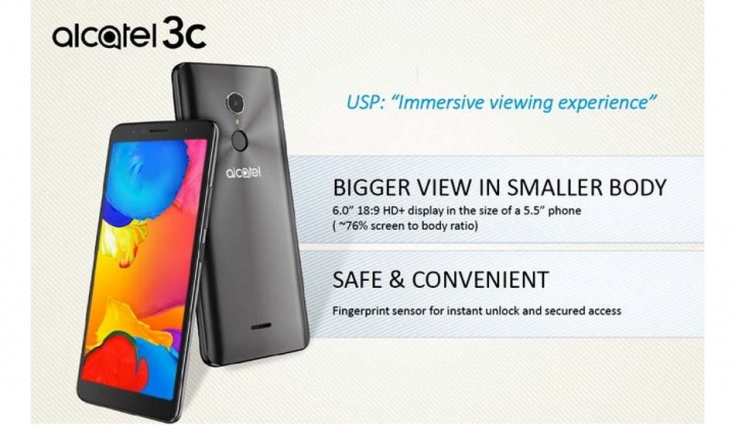 In terms of specifications, The Alcatel 3C has entry-level specs for the most part, but it has some features that we usually see in the mid-range category. The handset sports a large 6-inch HD+ display with 1440 x 720 pixels resolution and 18:9 aspect ratio. It has a screen to body ratio of 76% and the screen is protected by a 2.5-inch curved glass for extra protection. It is powered by a 1.3GHz quad-core MediaTek MT8321 processor. It has 1GB RAM and 16GB internal memory, which can be further expanded to 128GB via microSD card.

For the camera, it features an 8-megapixel rear camera with features like autofocus and LED flash and it has a 5MP fixed focus front camera. Both the cameras offer support for HD video recording (up to 30 frames per second). The smartphone is also equipped with a fingerprint sensor at the back.