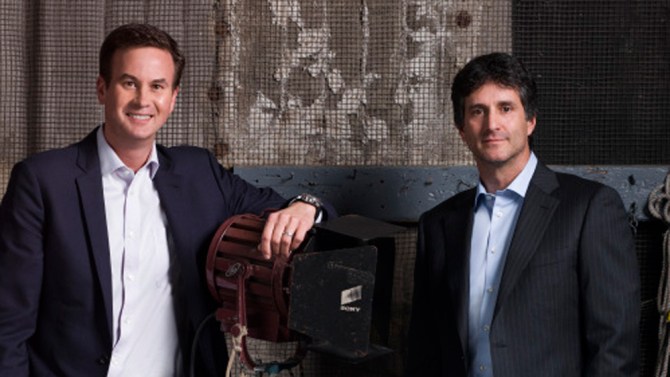 This would undoubtedly help expand their push into original Television programming. Apple’s senior vice president of Internet Software and Services had said, “Jamie and Zack are two of the most talented TV executives in the world and have been instrumental in making this golden age of television. And there is more to come”, he had added.

Now with Apple making its push for its original television programming, Netflix is about to get a really good competitor. When asked them about this, Jamie Erlicht had replied, “It will be an Honor to be a part of the Apple team”. And Zack Va Amburg had said, “Apple has a relentless focus on delighting customers with their products. We will bring the same intention to Apple’s programming and we could not be more excited about what lies ahead”.

Both have served as presidents of Sony Pictures Television since 2005. They have great expertise producing Television series for a global audience, including creating programming of services for Amazon, Hulu, and Netflix.

But, Apple has not yet elaborated on its strategy. Last week Apple’s first move with the reality program “Planet of the Apps”. It is an unscripted show about developers competing for venture capital funding. But, the series if available only to the subscribers to Apple Music of 10$ a month service.

Amazon.com and Netflix have invested a lot in Hollywood stars and in making itself known. But the main advantage Apple has over its competitors is the number of iPhone, iPad and other devices running on the IOS platform. This could give the Apple a great boost which would be required, seeing their late entry into the world of superstars and Hollywood.

Moody’s analyst, Gerald Granovsky said, “It is more cost-efficient to pay for original content and secure license on its own than to buy a content company”. And indeed, from the credit perspective, Apple would rather create its own original content than pay around 50 billion $ to buy Netflix. “They’ll definitely get a better bang for their buck by focusing on their Apple TV product”, Gerald had added.

The new Chief Executive of Sony, Tony Vinciquerra said, “While we are sad to see them go, we are excited by the opportunity to work with them as partners in the future”.