Are you troubled by an overheating CPU? Is your computer turning off on its own spontaneously every now and then for no reason? Is your PC becoming so slow that multitasking has become almost impossible? Beware, these symptoms demand an urgent CPU overheating fix. A CPU’s cooling system is perhaps one of the most important mechanisms that keeps your computer steady. Bereft of a buoyant cooling system, the electrical components of your computer would cease to function and lead to overheating, which could be one of the leading causes of damage to crucial computer parts such as motherboard, power supply, et al.

In any desktop/laptop computer, fans play a vital role in dissipating heat and keep everything working within safe operating temperatures. Fans can remove hot air fast enough, and undo serious damage to your PC.

Which is why, using computer cooling systems to keep your computer fast and cool is a must. But, there are other cool “hacks” too! 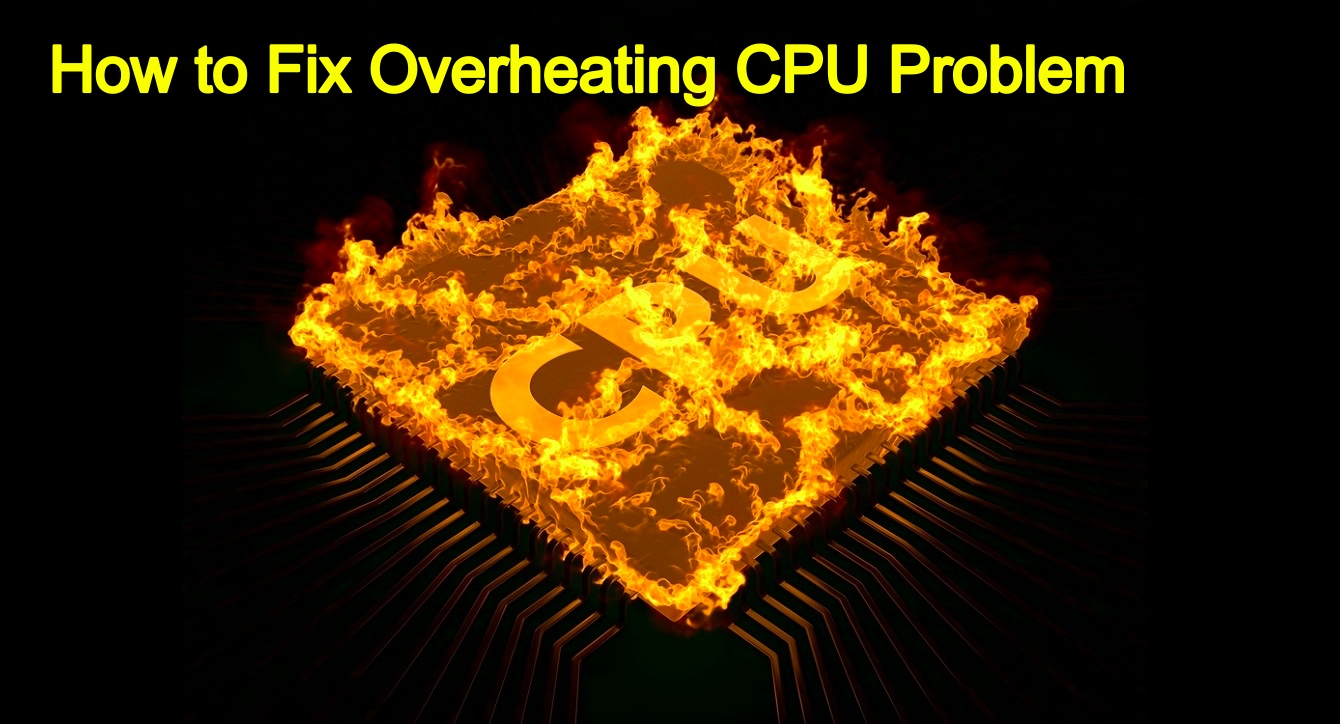 How to figure out which CPU Overheating Fix is best for your Desktop or Laptop in 2018?

If you are seeking a speedy CPU overheating fix for your desktop or laptop, you are at the right place. Below is a lowdown on 10 of the best computer cooling solutions that anyone can avail. Based on your PC’s current state or symptoms, you can employ any of these methods to solve your CPU’s overheating problem. Most of them are free or very inexpensive, so you don’t really have any excuse to let your computer singe away in desperation. Let’s get started! 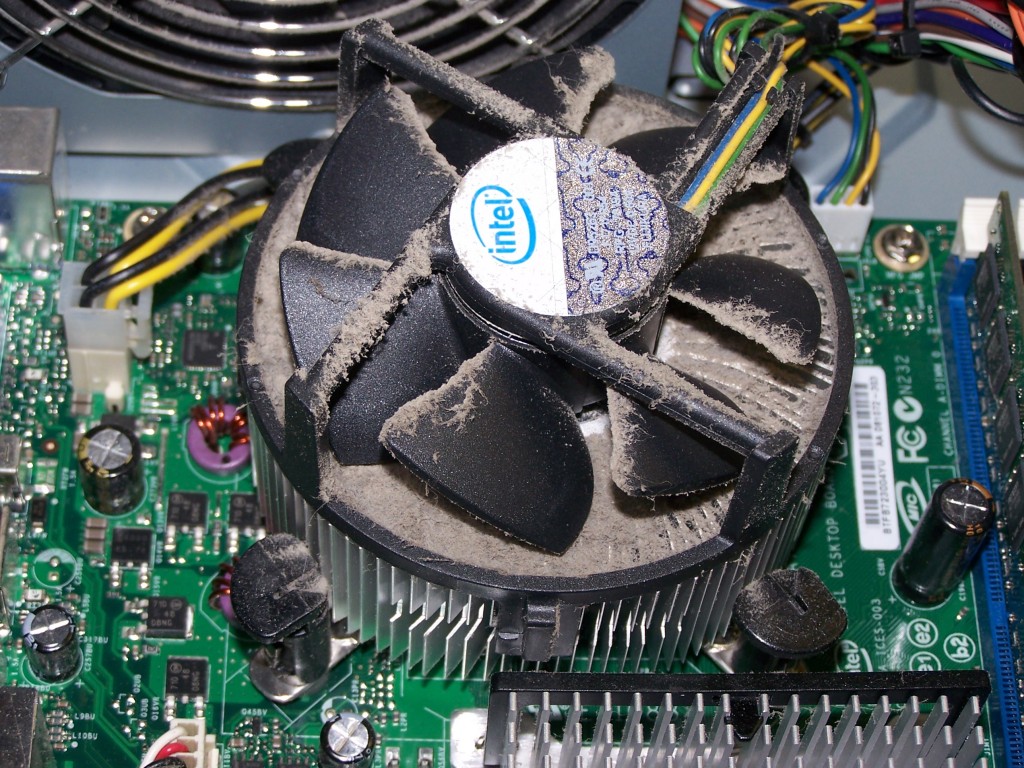 As much as internal OS-based cleanup of your PC (read: registries, viruses, etc.) is vital, so is external component cleanup. The fans inside your computer are perhaps the most important components that keep your computer cool. The numero uno culprit that slows a fan down and makes it stop is…DIRT! It could be in any form: dust, pet hair, floating particulate, debris — you name it. All these dust forms seep into your computer and get stuck inside the fans.

The best remedy to fix overheating CPU and cool it off instantly is to clean the internal fans. Where are they located? There’s a fan inside the power supply, one on top the CPU, and one or more fans (depending upon your CPU) on either the front or back of the case.

How do you make this CPU overheating fix work?

Shut down your computer, take off the case, and use canned air, soft brush or vacuum to remove dirt particles from each fan. Yes, you can do it on your own, DIY legend!

If you are not aware of overclocking, chances are it is taking a hefty toll on your computer. Why? Well, because overclocking pushes your computer’s limits to its zenith. If you are simultaneously running many resource hogging programs that are well beyond your CPU’s capacity, then you are indulging in overclocking. The programs could range from high-definition PC games such as Battlefield to multiple torrent downloads, video editing software, audio editors…you get the drift.

These programs have a direct impact on the temperature that your CPU or any other overclocked hardware components operate at. Nevertheless, if you are inadvertently indulging in overclocking when playing games, we definitely recommend precautions such as reconfiguring your hardware to default factory settings and avoid running too many intensive programs at once to keep your hardware cool. You can also install more fans, if money is not a hindrance. 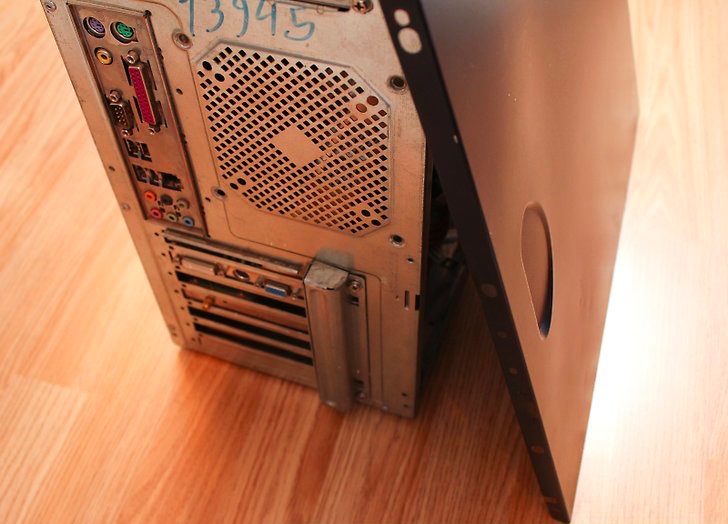 Perhaps the easiest precaution one could take to avoid heating up of their PC is allowing more air to pass through the CPU to give it some breathing space. It is a great CPU overheating fix which can be executed by straight up removing any obstacles to air flow.

Do ensure that there’s nothing sitting right next against either sides of the computer, and also at the back.

Remember, most of the hot air passes out of the rear end of a desktop computer case. Hence, you should keep at least 3-5 inches of open space on either side and keep the rear end of the computer completely open and unobstructed.

But, what if your computer is hidden away inside a desk? You ought to ensure that your room’s door(s) are open frequently so that cool air enters the room and seeps through the CPU case’s front and sides.

In the absence of cross-ventilation in a room, hot air tends to recycle inside the desk and gets hotter and hotter so long as the computer is running. 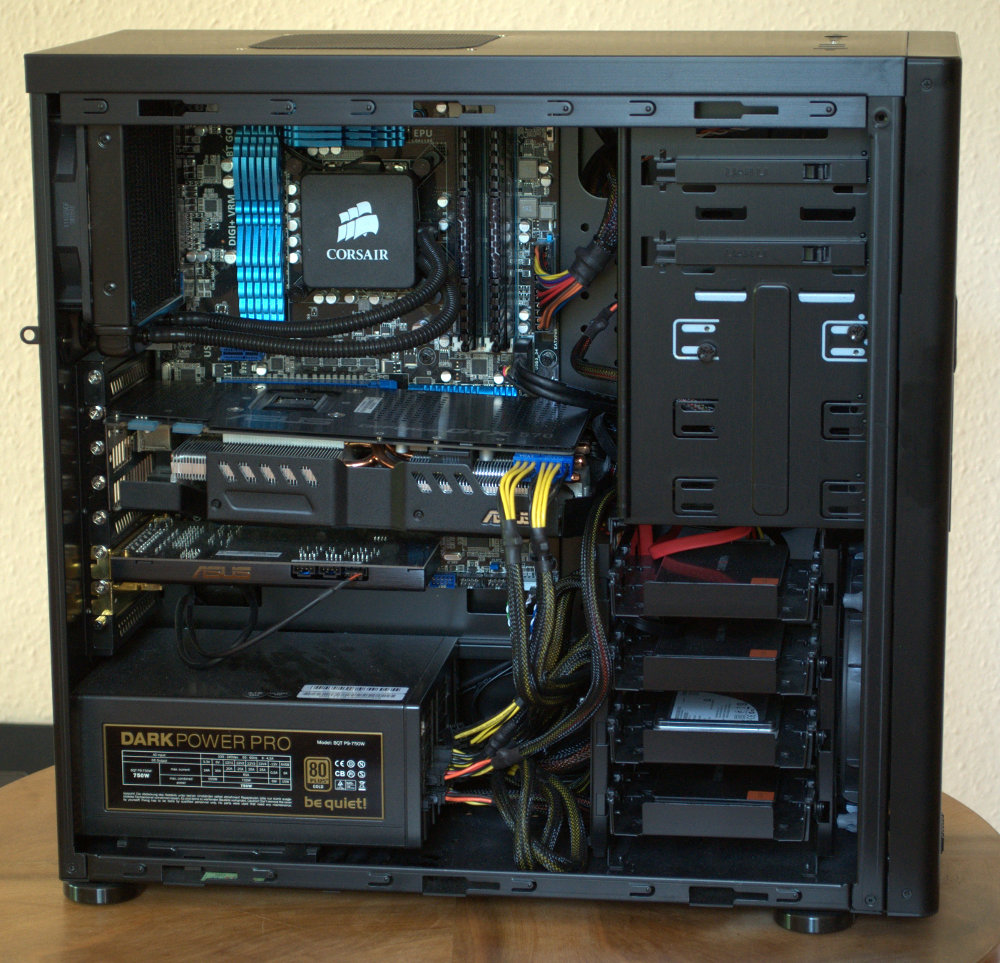 Contrary to popular urban legend “that the secret of cooling off desktop computers is running your computer with the case open to increase airflow,” a closed CPU is actually a more pragmatic approach. Why? One word: DIRT. With the case left open, you are inviting dust and debris to clog the cooling fans faster than ever. Eventually, this could slow down your fans and wear down the CPU much quicker than usual.

A clogged up fan is particularly terrible at cooling off costly computer components. In the long run, increased fan exposure to debris has a much greater impact on CPU temperature.  So, the precautionary measure here is to keep your CPU closed at all times. Of course, you could do periodic clean-ups. 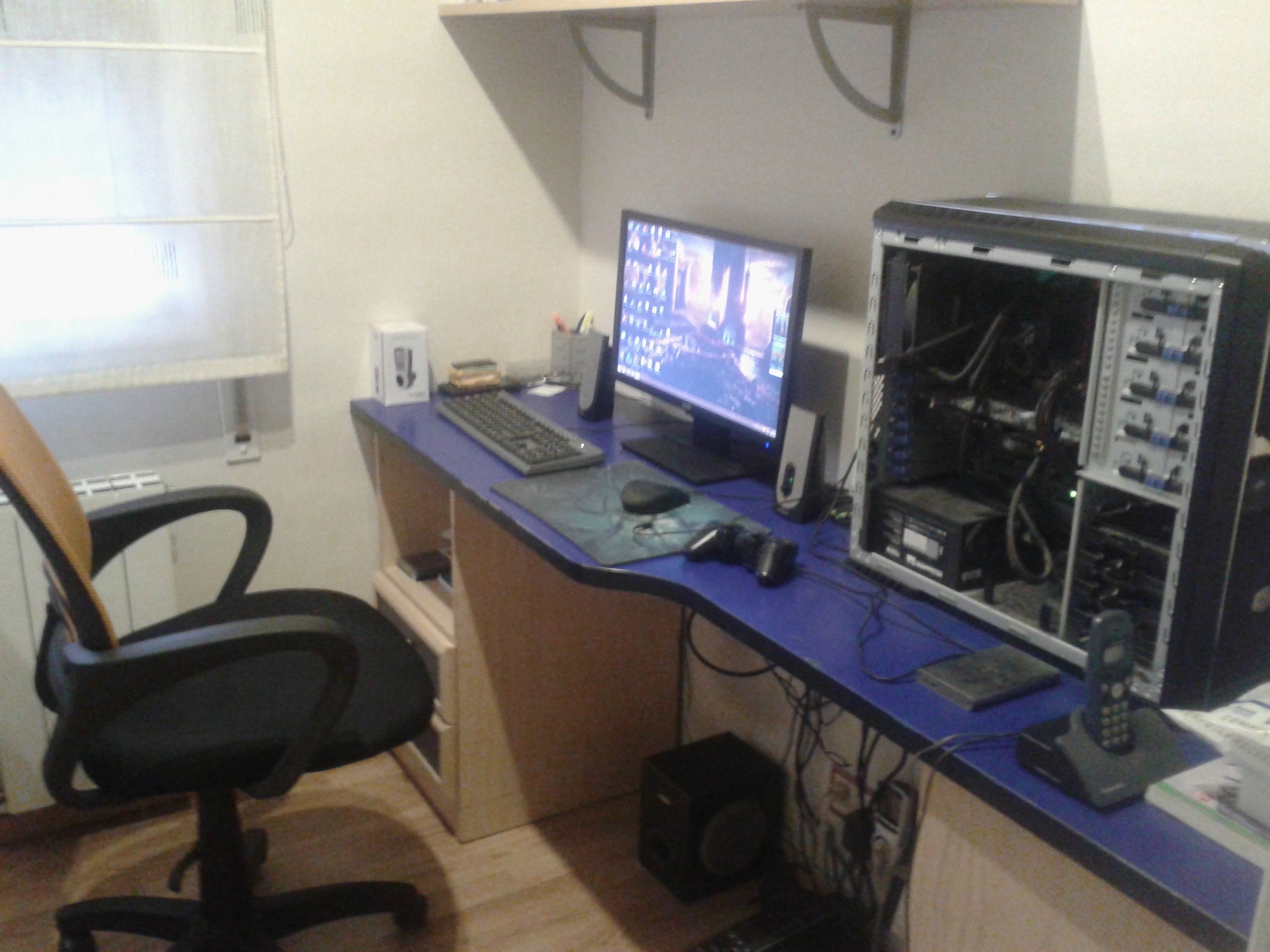 Sometimes, the area where you have placed your computer in is not conducive for long-term operations due to exposure to direct sunlight or downright dirty surroundings. So, the best CPU overheating fix here is to move your computer to cooler environs.

A cooler and cleaner area in the same room might be suffice in most cases, or you could consider moving the computer somewhere else entirely.

WORD OF CAUTION: Carelessly shifting your desktop computer can cause severe damage to sensitive parts inside the CPU case such as hard drive, motherboard, or the chipset itself. Do ensure you have unplugged everything, don’t carry too many parts (monitor, speakers, etc.) all at once, and carefully sit things down.

If moving your computer isn’t plausible due to any reason, keep your eyes hooked on the screen for more tips below. 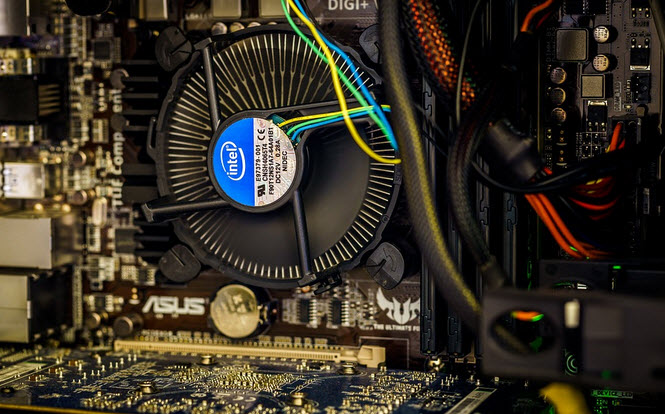 Since the CPU is one of the most sensitive and expensive parts inside your PC, it also susceptible to overheating. If you haven’t already replaced your CPU fan sitting ignored in your computer right now, chances are it is just about to give up. If you want a nifty fan that cools your processor just enough to keep it working smoothly/properly at full speed, you ought to get a new fan.

Don’t worry you won’t have to make a hefty splurge. Nowadays, there are many large CPU fans that help keep CPU temperatures at bay more than a factory installed default fan could ever dream of. 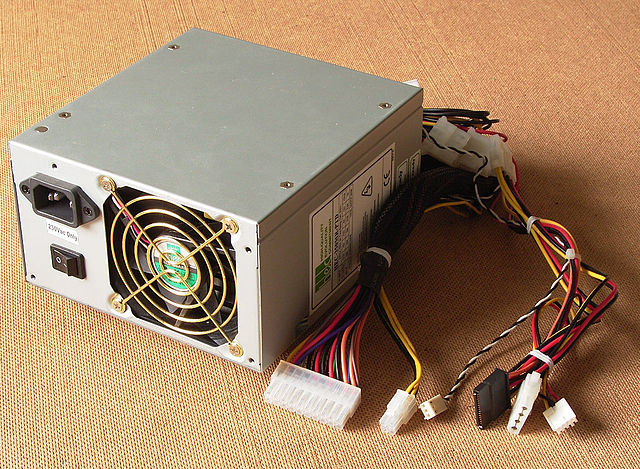 Ever placed your hand behind your computer and felt a lukewarm breeze touch upon your fingers? The airflow you feel actually comes from the power supply in your computer that has a large inbuilt fan.

In the sheer absence of a case fan, the power supply fan is the only viable way to extricate the hot air created inside your computer’s dwelling. Remember, your computer can quickly heat up if this fan isn’t working properly. Alas, even if only the fan is no longer working, you will need to replace the entire power supply. There is no easy way out here. Gutted. 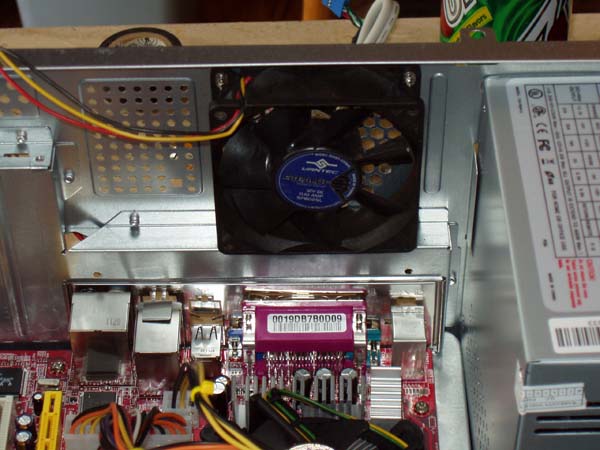 A case fan is merely a small fan that is attached from the inside to the front or the back of a desktop computer case. Case fans are a great way of ensuring the expensive components inside your CPU case don’t overheat since they help air pass through a computer.

Ideally, installing two case fans — one to move move warm air out of the PC, and another to move cool air into the PC can solve all your woes in one fell swoop. All in all, revamping your case fans is a brilliant CPU overheating fix to keep your computer cool.

What’s more, Case fans are easier to install than CPU fans, so you needn’t be afraid to get inside your computer to tackle this project. In case you are using a laptop or tablet, a cooling pad is one of the handiest solutions to bail you out. 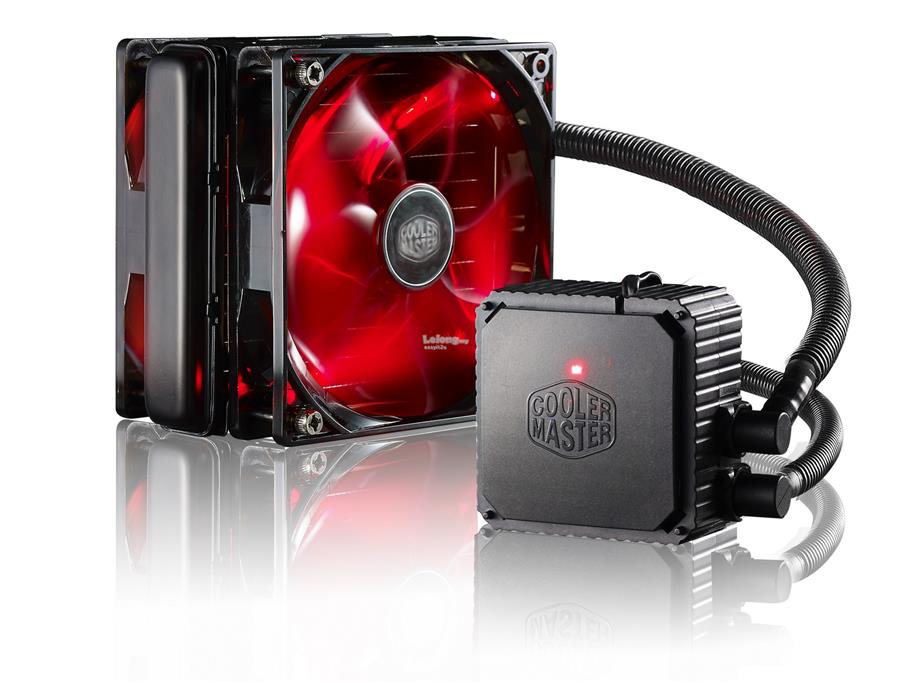 If you are a hardcore gamer, this CPU overheating fix is all the more suitable for you. As is the case, superfast memor and high-end gaming-oriented graphics cards such as Sapphire RX Vega 64 and GeForce GTX 980 can often give the CPU a jolly good run for its money. Which is why, it is the biggest heat producer in your computer. However, other components foment heat as well.

If you ever come across a graphics card, memory or any other component that is creating a lot of heat, you can get a component specific fan and cool them down. Simply put, you need to buy and install a memory fan if your memory is running hot. Similarly, if your graphics card is constantly overheating during gameplays, upgrade to a bigger graphics card fan.

Remember, faster hardware create more heat, so you would want specialized fan solutions for everything inside your PC. 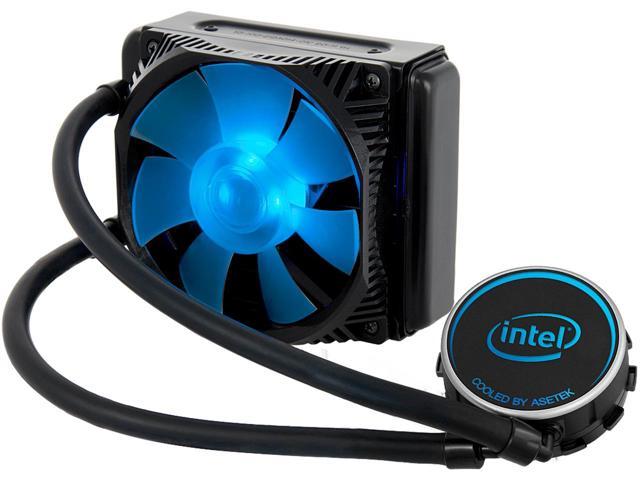 In very high-end desktop computers meant for gaming action, heat buildup is a recurring problem that even the most efficient and fastest fans are incapable of handling. In such cases when playing games could take a toll on your system, installing a water cooling kit is a great CPU overheating fix that can be used as the last resort. Since water transfers heat well, it can drastically bring down the temperature of the CPU.

“Wait, what? But, water inside a PC doesn’t sound safe, man!” Don’t fret, water, or any other liquid nitrogen-based coolants, are kept totally enclosed inside the transfer mechanism.

How does this CPU Overheating Fix work? 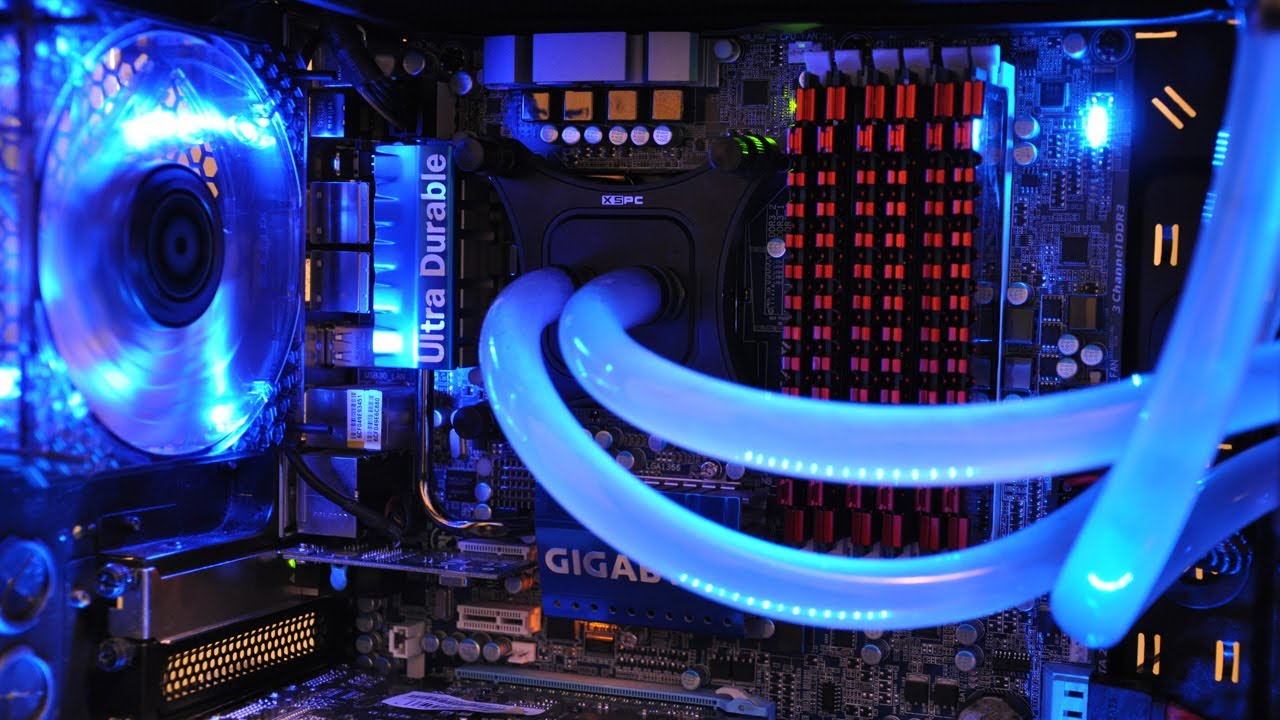 A pump pushes cool liquid down to the CPU assembly where it absorbs the heat, and then in return, pumps the hot liquid out of your computer so that the heat can fritter away.

Interestingly, Water cooling kits are quite easy to install, so it would be a cinch to put them in even if you’ve never upgraded your PC before!

Additional Tip You can also look for the symptoms of CPU overheating in BIOS. Therein you would need to adjust to your default settings or the most recent settings that worked.

So, what cpu overheating fix did you like the most? Do you know of any free solutions that didn’t make it to our list? Sound off in the comments.