Google opened sales of Google’s flagship wearable product, the Google Glass to the US public in April for one day making it briefly available to people. The company has also launched a try and buy a program for potential Glass buyers. 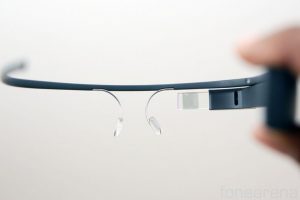 Google opened sales for the gadget to the US public for $1,500 last month for one day to make it available to more than just the select group of users such as apps developers.

Google announced in its Google+ page: “We’re still in the Explorer Program while we continue to improve our hardware and software, but starting today anyone in the US can buy the Glass Explorer Edition, as long as we have it on hand.”

Google glass is a stamp-sized electronic screen mounted on the side of a pair of eyeglass frames and it can record video, provide turn-by-turn driving directions, access email, and retrieve information from the web by connecting wirelessly to a user’s cell phone.

Google Glass is Google’s not only most ambitious but also much-awaited product. Google confirms in the post that the Explorer Edition is still a beta product and an official consumer retail launch is still due. The consumer version is expected to go on sale to the general public towards the end of 2014. The major issue for many will be the high cost of the device even though the company has admitted that the consumer version will be cheaper. Though how much cheaper is unknown.

Along with any purchase, Google is also offering a free sunglass shade or one of its newly-introduced prescription glasses frames.