In a series of tweets, Meizu has introduced a new budget smartphone called M5c that runs the latest Android 7.0 version with Flyme OS 6 on top. The company has posted a series of pictures detailing the specification and features of the upcoming device. 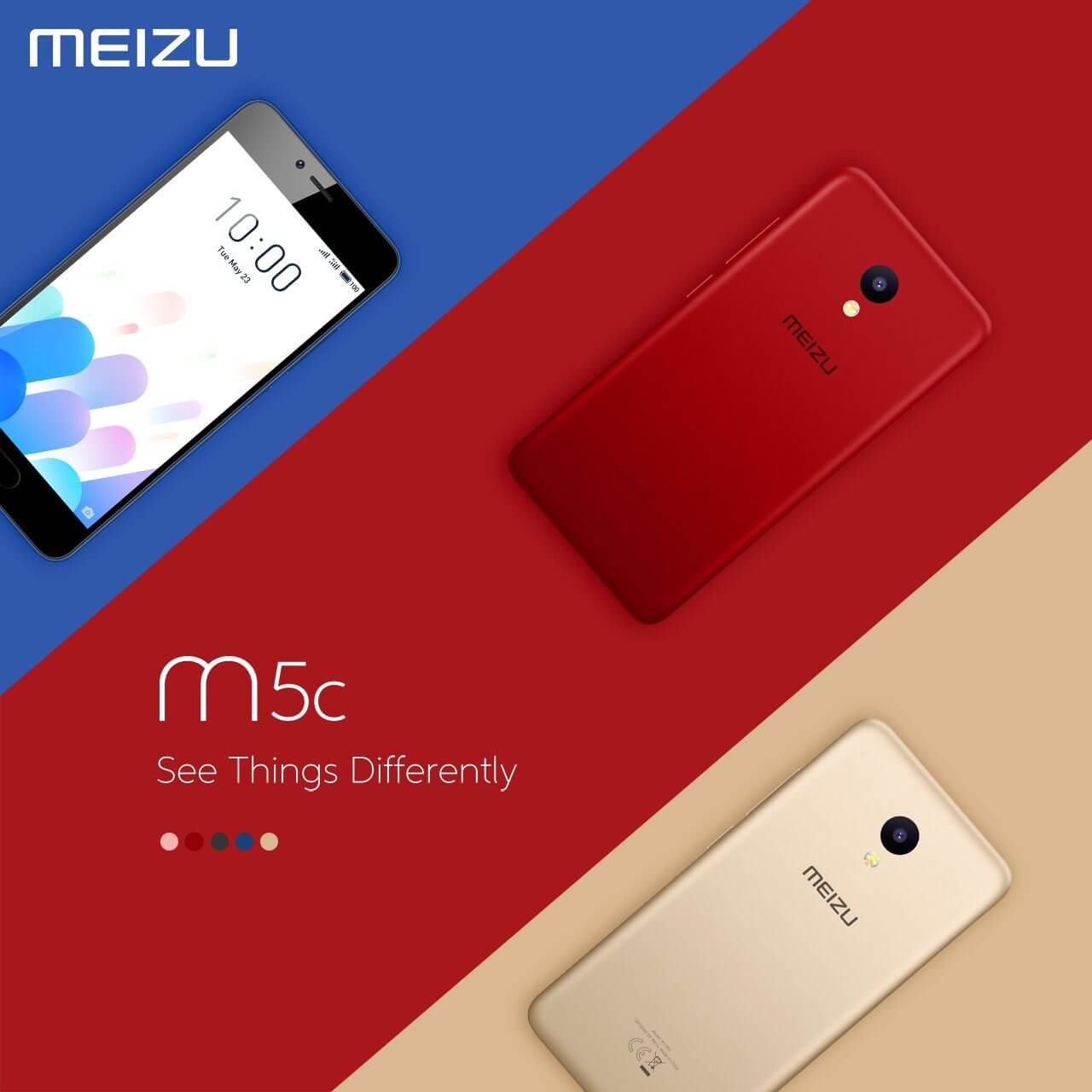 The smartphone comes with a 5-inch HD (720×1280 pixels) display, powered by a quad-core 1.3GHz MediaTek processor and paired with 2GB RAM.  It has16GB of internal storage that can be further increased up to 256Gb, but it restricts you to use the dual SIM feature.

In terms of optics, it has an 8-megapixel rear camera, with f/2.0 aperture and dual-LED flash support. The front camera is a 5-megapixel that can be used for video calling and selfies.

The connectivity options on the smartphone include 4G LTE, Wi-Fi 802.11 a/b/g/n, Bluetooth 4.0, GPS, and Micro-USB 2.0. The smartphone comes with a 3000mAh non-removable battery. The sensors on the M5c include a proximity sensor, accelerometer, gyro, and compass. Additionally, there is a fingerprint scanner at the front of the smartphone.

The smartphone will be available in five color variants include Pink, Black, Gold, Red, and Blue. There is no detail on its availability or pricing, but looking at the specifications the device should be priced be between 7-10K.