Without creating much fanfare, Korean Smartphone maker, Samsung has quietly launched the Galaxy C8 smartphone in China. The smartphone comes with dual rear cameras and facial recognition feature that allows users to unlock their handset using just their face. 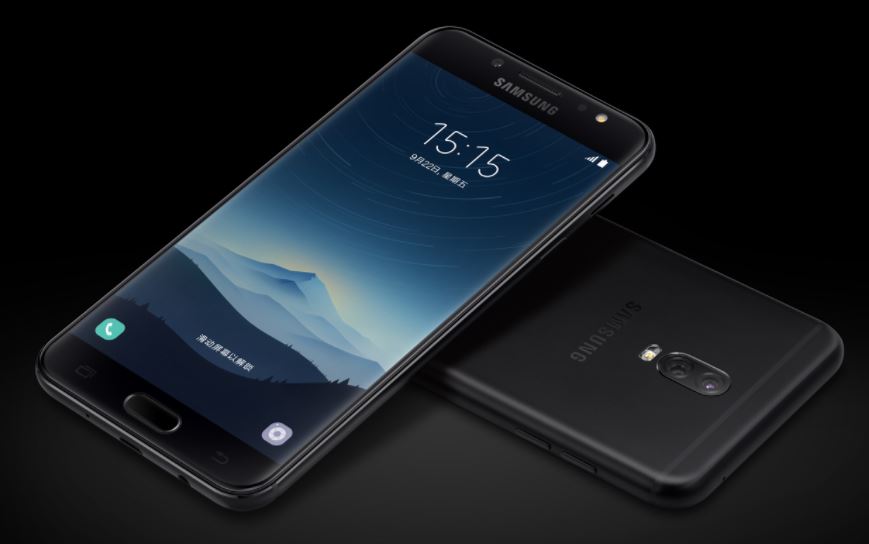 In terms of features, the dual camera setup on the Samsung Galaxy C8 offers ‘Dual Photo’ mode that allows users to adjust the focus even after they have clicked the images. Notably, the smartphone comes with an always-on display as well.

Coming to the specifications, the dual-SIM Galaxy C8 has a 5.5-inch full-HD (1080×1920 pixels) Super AMOLED display screen. It is powered by MediaTek Helio P20 octa-core processor clocked at 2.4 GHz, with an ARM Mali-T880 GPU. Moreover, the Galaxy C8 has been launched in two configurations, i.e. 3GB RAM/ 32GB storage and 4GB RAM/ 64GB storage by the company. The storage on both variants is further expandable, via microSD card (up to 256GB), in a hybrid dual-SIM configuration.

Other specifications of the Galaxy C8 include: a 3000 mAh battery, fingerprint scanner which is embedded in the Home button, 4G connectivity, Bluetooth 4.2, Wi-Fi 802.11 b/g/n, 3.5mm headphone jack, and micro-USB port.

The Galaxy C8 is will be available in Black, Gold, and Pink colours. However, the company has not yet revealed the pricing and the availability information regarding the smartphone.