Even though the rumour mills were abuzz that Samsung had been working on Galaxy X since January this year and later postponed the development, the leak of some “sketches” indicate the release of Samsung’s Galaxy X could be just round the corner.

Interestingly, and laughably, it was earlier suggested that Samsung would only release the Galaxy X by as late as 2019! And, going by the sketches alone, here are some interesting facts that we bumped into. 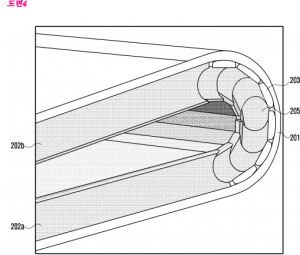 According to the Korean Intellectual Property Office, who first got the sketches from Samsung and LetsGoDigital who unearthed the sketches, the Galaxy X sports a bendable design making it just the right fit for your pockets.

A close glance at the sketches reveals that the smartphone will bend inward similar to yesteryear’s flip phones popularised by the likes of Motorola. But, here’s the big surprise. The Galaxy X will not boast of a keyboard like flip phones did. 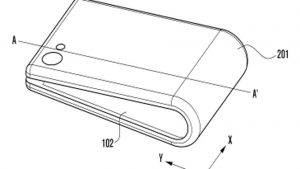 Instead it will sport dual displays. Yes, it is believed to come with 2 displays that can be combined together to make a large screen that allows you to access multiple apps at the same time! The hinge that connects the two displays is retractable making for a flexible phone and possibly a game changer. 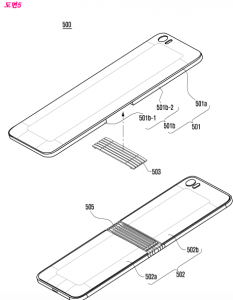 The much-awaited smartphone is now expected to release some time early next year, but only after Samsung Galaxy S9 which is widely believed to be released by the end of 2017.

Let’s just hope the Samsung Galaxy X does not share the same downsides as ZTE’s Axon M whose dual display was an outright disappointment.

Stay posted for more details on the full specifications in the next couple of days.