Amidst reports of OnePlus 5 already going out of stock in most parts of the globe due to an unexpected spurt in demand, more trouble has befallen upon the fortunes of Chinese smartphone maker OnePlus. The details of its latest phone OnePlus 5T have already leaked! From what we could gather, first impressions of the design of this new smartphone strongly resemble Samsung Galaxy S8’s design (at the front). Even as concrete details are yet to come out, a bunch of images surfaced on China’s social networking platform Weibo a.k.a Twitter of China. Here’s one below: 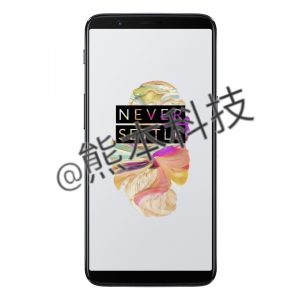 Amongst the visible changes are the thin bezels moulding an edge-to-edge screen, and the shifting of the phone’s fingerprint scanner from the front to the back. And, oh did we forget to mention that OnePlus 5T’s backside also shares an uncanny resemblance to the Apple iPhone 7 sans the fingerprint scanner. The purported move to go with thinner bezels suggests that OnePlus 5T will sport a 6-inch display and a 18:9 aspect ratio. Moreover, it is also rumoured that the remainder of the smartphone’s specs might remain similar to that of OnePlus 5. Meanwhile, the Shenzhen based OnePlus’s CEO, Carl Pie, had to admit that the OnePlus 5 went completely out of stock in most major markets around the world including the U.S and Europe due to a surge in demand that simply outweighed their expectations. Here’s another “leaked” picture: 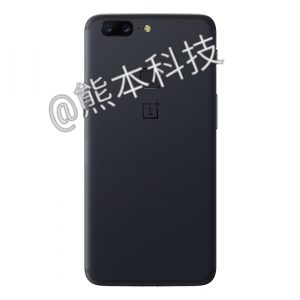 However, it is interesting to note that out of the OnePlus 5T and OnePlus 6, there still seems to be some ambiguity on which smartphone will be launched earlier. Remember, the OnePlus 6, which was slated for a release next year has also been in the works for some time now and these leaked pictures could be that of the OnePlus 6 too! Let’s all await an official announcement in the following weeks…