Samsung today unveiled the world’s first smartphone with quad rear camera. Dubbed as, Samsung Galaxy A9, the smartphone has been launched at its ‘Galaxy Unpacked’ event held in Kuala Lumpur, Malaysia. 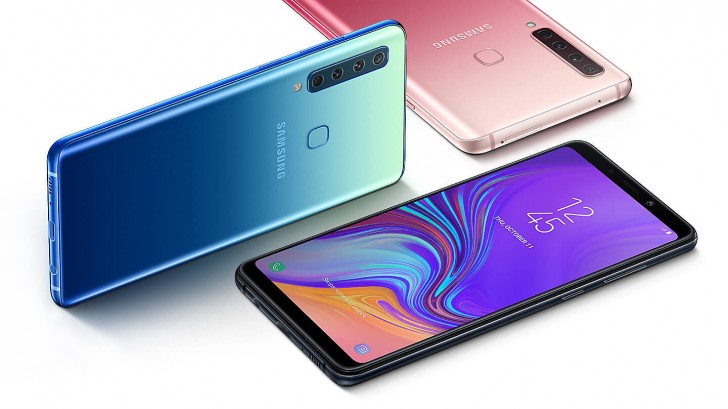 The smartphone is quite attractive in its design. It has glass on the back and around the edges, housed into a metal frame. With the starting price of 599 Euros, the device comes in Caviar Black, Lemonade Blue and Bubblegum Pink colour options.

As far as the camera is concerned, the quad-camera setup at the back includes an ultra-wide, telephoto, primary lens and a depth sensor in vertically aligned position. The setup includes a 24-megapixel f/1.7 main camera which is accompanied by a 10-megapixel f/2.4 telephoto lens for 2X optical zoom, an 8-megapixel 120-degrees ultra wide-angle lens and the fourth 5-megapixel f/2.2 depth camera for live focus.

On the front, there is a 24-megapixel sensor along with an f/2.0 aperture. All the cameras are backed by the company’s own AI camera software, dubbed Intelligent camera feature.

The smartphone will be available starting from November in the select global market. However, the company has mentioned its availability or pricing for India.

Live Action: How Apps Are Using Audio and More to Go...