After Vivo Y83, Chinese smartphone maker Vivo has added a new mid-range smartphone in ‘Y Series’. Called as Vivo Y81, the latest smartphone follows similar design and specs as its previous device Y83 such as an iPhone X-like notch and a bezel-less design on the front. The smartphone is packed in a slim body of 7.77 mm thickness and comes with a 3D curved edge, but it doesn’t feature any fingerprint sensor. 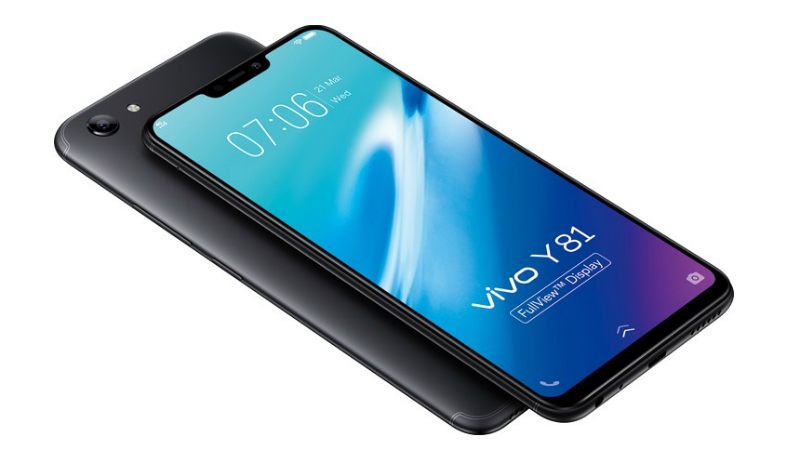 In terms of specifications, the smartphone has a 6.22-inch HD plus screen with 19:9 aspect ratio and gorilla glass protection. It is powered by the latest MediaTek Helio P22 Octa-Core 12nm processor coupled with an IMG GE8320 graphics. It comes with 3 GB RAM and 32 GB internal storage which is further expandable up to 256 GB via microSD card.

The Vivo Y81 has a 13-megapixel rear camera with an aperture of f/2.2, an LED flash and support portrait mode. The front camera comes with a 5 MP sensor and an f/2.2 aperture as well as ‘AI Face Beauty technology’ for enhancing images.

The smartphone is already available in Vietnam for VND 4,990,000, which is (approximately Rs 14,990), but there is no word on international availability for now.

As said above, Vivo Y83 was launched in India earlier with a price tag of Rs 14,990. The smartphone runs almost similar hardware specifications including a 6.22-inch HD+ display, an octa-core MediaTek Helio P20 processor, 4GB RAM, 32GB internal storage and runs Android 8.0 Oreo with FunTouch OS 4.0 on top. The device is equipped with similar 13MP rear camera sensor along with an LED flash and f/2.2 aperture. There is a slight difference in its front facing camera which is an 8MP camera with the same AI Face beauty, portrait mode, live photo and group selfie support.