Looking back over the years to see how the trajectory of cyberattacks grew, only makes one think about the immense capability of these web attacks and the advancement of techniques used by cybercriminals. A decade back when we heard the news of a cyber-attack, the world would be shocked and the very idea of a data breach or stolen data would make people’s hearts skip a beat. With time, however, this became more common and definitely more dangerous.

Reports suggest that cybersecurity damages may cost the world around $6 trillion. In just six years this cost has doubled, it stood at $3 trillion in 2015. Deadly attacks like WannaCry Ransomware which had locked more than 300,000 computers across 150 countries became more common globally. The types of cyberattacks are as varied as the kinds of hackers, which are plenty out there.

The huge number of organizations, their ever-expanding digital footprint and supply chains are additive risk factors that cybercriminals are aware of and willing to exploit. The very first step towards safeguarding your firm could be getting a trusted anti-malware software that can effectively stop sophisticated malware. Effective application and security systems become the cornerstones when it comes to protecting your organization against any weak spots. While there have been many malicious attacks on big as well as small organizations, here are the worst cyber-attacks faced by big companies:

In 2013, early in October security blogger Brian Krebs pointed out that in as part of a massive breach around 3 million encrypted customer credit card records were stolen by hackers. Apart from that, it was also reported that login data of an unknown number of Abode’s user accounts were also compromised in the attack. Later on, Adobe estimates the breach to include IDs and encrypted passwords for almost 38 million users. However, finally, it was estimated that approximately 153 million user records were compromised in this attack. Adobe had to pay a $1.1 million as legal fees in 2015 for the same.

Yahoo in 2014, had been the victim of what would be the biggest data breach in history, compromising around 3 billion user accounts. The media firm announced in September 2016 that the attackers had breached the personal information of 500 million users.  The real names, email addresses, dates of birth and telephone numbers were compromised as part of the attack. In December 2016, Yahoo disclosed another cyberattack by a different hacker in 2013 that breached the personal information of around 1 billion users. In October 2017 Yahoo revised that estimate to include all of its 3 billion user accounts.

In May 2019 the Australian graphic design tool firm, Canva went through a cyber-attack that compromised personal information and passwords of almost 137 million active users. The alleged hackers, a group known as ‘Gnosticplayers’ said that they had gained OAuth login tokens for users who signed in via Google. Canva confirmed the attack and notified users about the same prompting them to change passwords and reset OAuth tokens.

The cyberattack on eBay that happened in May 2014 affected an estimated 145 million users.

eBay reported that the attack exposed its entire account list, including names, addresses, dates of birth, and encrypted passwords. They said that hackers used the credentials of three corporate employees to access its network and had complete access for 229 days which was enough time to compromise the user database. eBay faced a lot of criticism for a lack of communication with customers and poor implementation of the password-renewal processes.

LinkedIn was under a massive cyberattack in the year 2012, affecting almost 165 million users. The media company announced that 6.5 million unassociated passwords were stolen by attackers and posted onto a Russian hacker forum. Later on, in 2016 it was found out that email addresses and passwords of 165 million LinkedIn users were being sold for just 5 bitcoins.

What is the solution?

It’s normal for anyone to panic after reading about all the cyberattacks faced by such big names. However, keeping your firm safe and secure from criminal minds is no rocket science. Timely updates of security networks and trusting only the best cybersecurity solution like Bitdefender is the way to go. To compromise on cybersecurity can be an unaffordable mistake, so instead of worrying about it learn the ins and outs of cybersecurity, stay up to date on research and trust only the best.

The consequences of cyberattacks can range from impersonation, banking data fraudulent use, blackmail, ransom demand, power cuts and many more. With such a variety of cyber-attacks and the number of innovative and notorious hackers, it’s imperative to take all measures to secure your data and information. Network vulnerabilities, patches and security issues can be fixed with the right methods and it is of utmost importance to take a lesson from the worst of the cyber-attacks and fix your security accordingly. 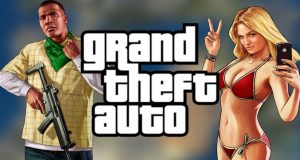 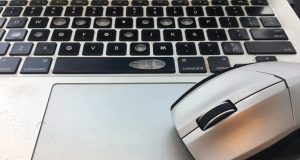