Elon Musk has confirmed that the Saudi Arabian sovereign wealth fund had approached him “several times” over the past two years about taking Tesla private. According to Musk, “he came out of a meeting with them last month under the impression that they had the necessary capital needed to take the company private at $420 per share.”

He further disclosed that his last week’s claim on Twitter about a “necessary funding that had been secured” came in the backdrop of constant conversations with the Saudi Arabian sovereign wealth fund. 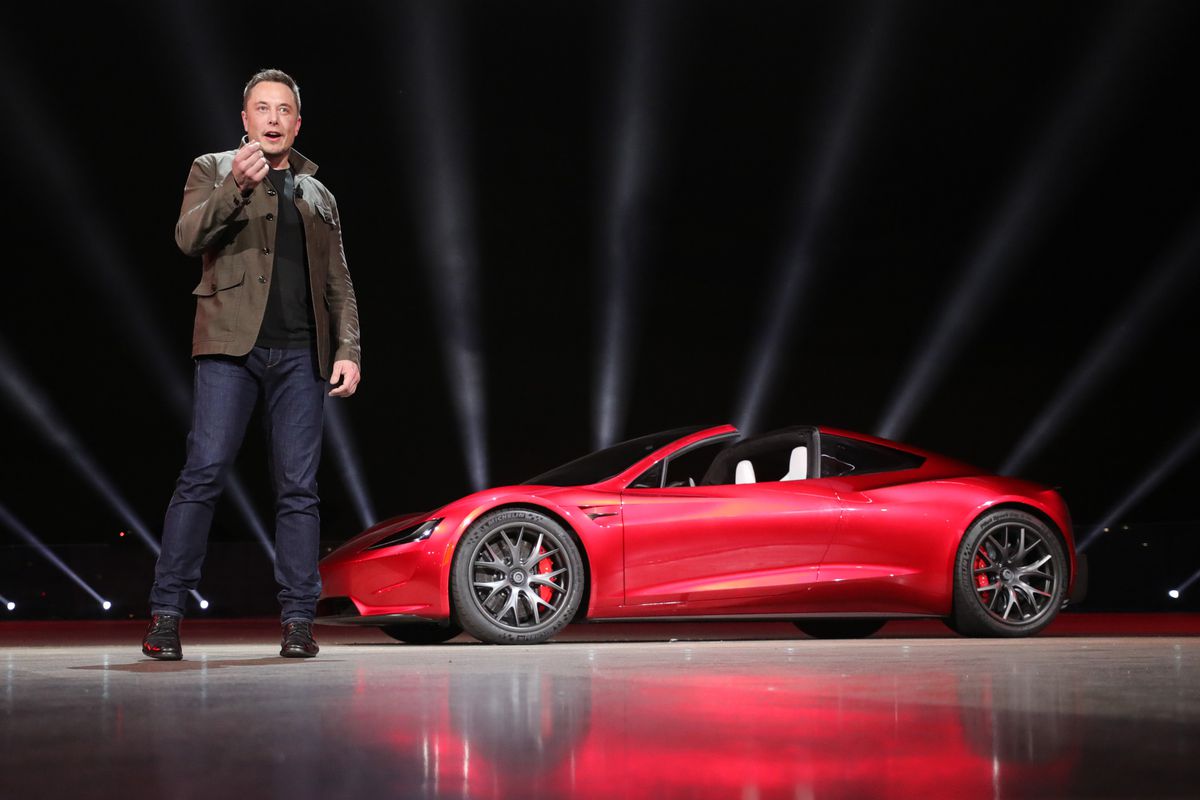 The Tesla CEO gave more insights about the thought process involved behind considering the proposal in a lengthy post shared by Tesla. Moreover, he also claimed that ongoing discussions about the proposal with some of Tesla’s largest investors have so far been positive.

According to the blog post, the deal would be financed through equity and not debt as rumoured earlier. This implies that the Saudi fund would buy the shares at $420 from investors who aren’t interested in holding shares of a private Tesla instead of financing Tesla’s own buyback of the shares, which is a more common practice. 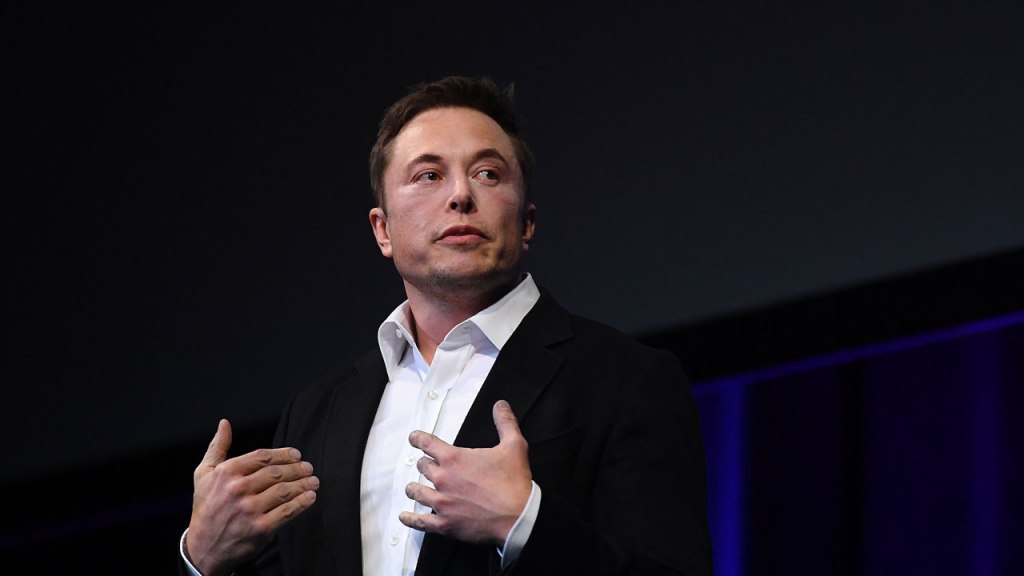 As I announced last Tuesday, I’m considering taking Tesla private because I believe it could be good for our shareholders, enable Tesla to operate at its best, and advance our mission of accelerating the transition to sustainable energy. As I continue to consider this, I want to answer some of the questions that have been asked since last Tuesday.

What has happened so far?


On August 2nd, I notified the Tesla board that, in my personal capacity, I wanted to take Tesla private at $420 per share. This was a 20% premium over the ~$350 then current share price (which already reflected a ~16% increase in the price since just prior to announcing Q2 earnings on August 1st). My proposal was based on using a structure where any existing shareholder who wished to remain as a shareholder in a private Tesla could do so, with the $420 per share buyout used only for shareholders that preferred that option.

After an initial meeting of the board’s outside directors to discuss my proposal (I did not participate, nor did Kimbal), a full board meeting was held. During that meeting, I told the board about the funding discussions that had taken place (more on that below) and I explained why this could be in Tesla’s long-term interest.

At the end of that meeting, it was agreed that as a next step, I would reach out to some of Tesla’s largest shareholders. Our largest investors have been extremely supportive of Tesla over the years, and understanding whether they had the ability and desire to remain as shareholders in a private Tesla is of critical importance to me. They are the ones who believed in Tesla when no one else did and they are the ones who most believe in our future. I told the board that I would report back after I had these discussions.

Why did I make a public announcement?


The only way I could have meaningful discussions with our largest shareholders was to be completely forthcoming with them about my desire to take the company private. However, it wouldn’t be right to share information about going private with just our largest investors without sharing the same information with all investors at the same time. As a result, it was clear to me that the right thing to do was announce my intentions publicly. To be clear, when I made the public announcement, just as with this blog post and all other discussions I have had on this topic, I am speaking for myself as a potential bidder for Tesla.

Why did I say “funding secured”?


Going back almost two years, the Saudi Arabian sovereign wealth fund has approached me multiple times about taking Tesla private. They first met with me at the beginning of 2017 to express this interest because of the important need to diversify away from oil. They then held several additional meetings with me over the next year to reiterate this interest and to try to move forward with a going private transaction. Obviously, the Saudi sovereign fund has more than enough capital needed to execute on such a transaction.

Recently, after the Saudi fund bought almost 5% of Tesla stock through the public markets, they reached out to ask for another meeting. That meeting took place on July 31st. During the meeting, the Managing Director of the fund expressed regret that I had not moved forward previously on a going private transaction with them, and he strongly expressed his support for funding a going private transaction for Tesla at this time. I understood from him that no other decision makers were needed and that they were eager to proceed.

I left the July 31st meeting with no question that a deal with the Saudi sovereign fund could be closed, and that it was just a matter of getting the process moving. This is why I referred to “funding secured” in the August 7th announcement.

Following the August 7th announcement, I have continued to communicate with the Managing Director of the Saudi fund. He has expressed support for proceeding subject to financial and other due diligence and their internal review process for obtaining approvals. He has also asked for additional details on how the company would be taken private, including any required percentages and any regulatory requirements.

Another critical point to emphasize is that before anyone is asked to decide on going private, full details of the plan will be provided, including the proposed nature and source of the funding to be used. However, it would be premature to do so now. I continue to have discussions with the Saudi fund, and I also am having discussions with a number of other investors, which is something that I always planned to do since I would like for Tesla to continue to have a broad investor base. It is appropriate to complete those discussions before presenting a detailed proposal to an independent board committee.

It is also worth clarifying that most of the capital required for going private would be funded by equity rather than debt, meaning that this would not be like a standard leveraged buyout structure commonly used when companies are taken private. I do not think it would be wise to burden Tesla with significantly increased debt.

Therefore, reports that more than $70B would be needed to take Tesla private dramatically overstate the actual capital raise needed. The $420 buyout price would only be used for Tesla shareholders who do not remain with our company if it is private. My best estimate right now is that approximately two-thirds of shares owned by all current investors would roll over into a private Tesla.

What are the next steps?


As mentioned earlier, I made the announcement last Tuesday because I felt it was the right and fair thing to do so that all investors had the same information at the same time. I will now continue to talk with investors, and I have engaged advisors to investigate a range of potential structures and options. Among other things, this will allow me to obtain a more precise understanding of how many of Tesla’s existing public shareholders would remain shareholders if we became private.

If and when a final proposal is presented, an appropriate evaluation process will be undertaken by a special committee of Tesla’s board, which I understand is already in the process of being set up, together with the legal counsel it has selected. If the board process results in an approved plan, any required regulatory approvals will need to be obtained and the plan will be presented to Tesla shareholders for a vote.