After inflows of leaks and teasers, the Chinese smartphone maker OnePlus has launched the most powerful device OnePlus 5 in India. The design features an anodised aluminium finish which will be available in three colours – Silver, Gold and Black all with a matte finish. The new smartphone is exclusively available on Amazon with a starting price of Rs 32,999. 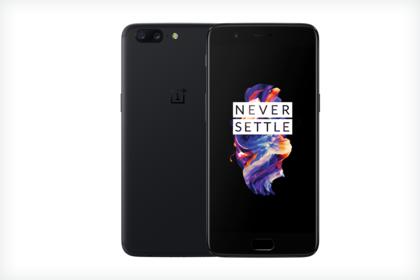 The major attraction of Oneplus5 is its dual-camera set-up, in which the company has added a 16-megapixel and 20 MP dual cameras at the rear. The 16 MP camera features a bright aperture of f/1.7 and the 20MP one sports an f/2.6 aperture. The cameras support portrait mode, which focuses on the subject and blurs the background.

As far the as the specification concerned, the smartphone wears similar specifications and features as we expected. It comes in two variants – a 6GB/64GB and 8GB/128GB, priced at Rs 32,999 and Rs 37,999 respectively. In terms of specifications, the device has a 5.5-inch full-HD Optic AMOLED display with a resolution of 1080×1920 pixels same as that of OnePlus 3T. However, the latest Qualcomm’s flagship Snapdragon 835 octa-core SoC and Adreno 540 GPU makes the device powerful among its rival. Both the handsets run on Android 7.1.1 Nougat with company’s OxygenOS on top.

The smartphone is backed by a non-removable 3300mAh battery which supports Dash Charge.  The fingerprint scanner is still located under the home button and OnePlus’ signature alert slider is present as well. The handset has dedicated slots for dual-SIM (nano+nano) configuration. However, there is no MicroSD card slot in the smartphone and storage cannot be expanded.

The handset does feature premium specifications compared to the other flagship product however, it remains to see whether OnePlus is capable enough to take on its rival.