Say adieu to the static filters, for Snapchat is all equipped to enthral the users with their new Animated filters. After rolling out these filters, Snapchat will be now opening it up to the advertisers. The launch of these Sponsored Animated Filters will enable the brands to use these to employ animation to the photos and videos. 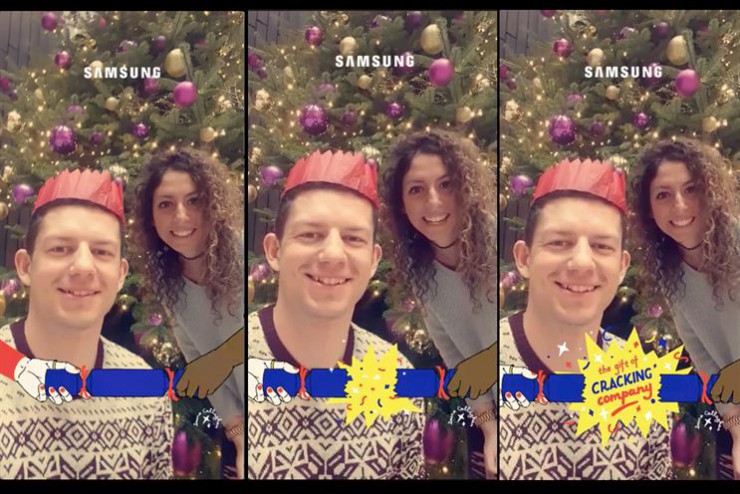 It is likely that Snapchat will soon be introducing targeting options for the Sponsored Animated Filters. Last month, Snapchat launched Target Audience Filters which waded away the need for micro geofences or national-only campaigns for the Sponsored Filters. The Targeted Audience Filters can point the snaps based on age, gender, interest, time of day and other factors.

Interestingly, Samsung will adore the title for being the first brand to run the Sponsored Animated Filter campaign in UK on Christmas. The filter will be up for Samsung’s 2017 Holiday campaign, ‘Giving is the gift to be shared’, which celebrates the joys of gifting during the festive season.

With the new feature, Snapchat will now be added with tints of animated fun which will be flowing in the photos and videos the users capture and share. The reports claim that over 3bn Snaps that feature filters are watched on Snapchat every day.

Snapchat’s very research indicates that majority of the connections that takes place in it happens between close friends. And the same research brings out that 87% of the users grade close friends as their most influential factor in molding their purchasing decisions compared to 6% for influencers and celebrities.

The Reuters has reported that CNN is fixed at scrapping its daily Snapchat Show ‘The Update’ from 2018.