In a move that could be a potential game changer in the years to come, Microsoft has released the preview version of Q# quantum programming language which is meant for quantum computing.Not only that, the tech goliath also released a quantum simulator along with it which can be used by developers to debug and test their quantum algorithms.

The quantum programming language intends to bring traditional programming concepts such as variables, branches and functions, in consonance with a syntax-highlighted development environment to quantum computing.

Microsoft is hoping that this selection of tools, as well as the complete training material and documentation, will open up the gates of quantum computing to people beyond the cliché of mere physicists.

The quantum programming language and simulator were first announced back in September and had created a buzz in tech circles. 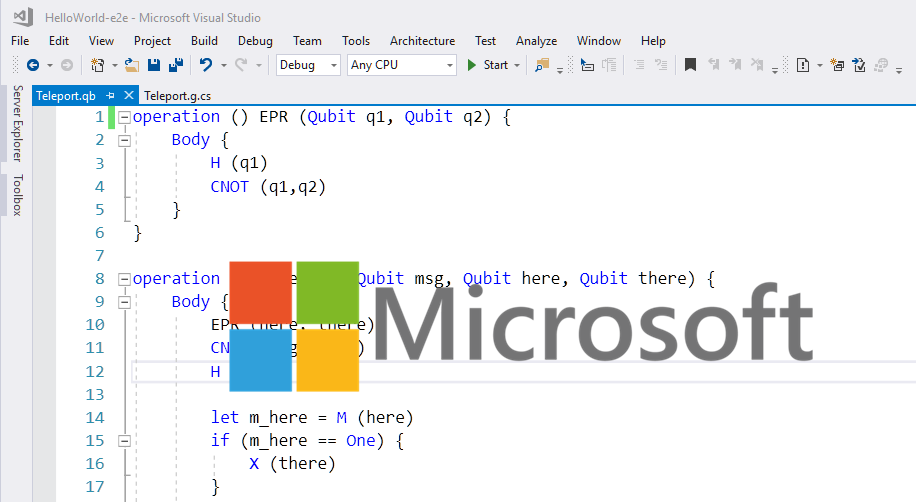 Moreover, Microsoft has built its unnamed (as of now) quantum simulator to run quantum programs given the fact that quantum computers are still rare. The local version, which was released with the preview, can easily support programs that are using up to 32 quantum bits (qubits), using approx. 32GB of RAM.

Likewise, the company is rolling out an Azure version of the simulator that can scale up to 40 qubits. Do note that quantum computers are limited to a handful of qubits since they use cryogenic temperatures.

Microsoft is anticipating application of quantum computers by users spanning a wide range of fields ranging from the best-known Cryptography to drug design and catalyst development.

The application is rather simple in the latter two fields since they are able to make use of smaller quantum computers with hundreds of qubits, compared to the thousands of qubits required to break cryptography.