Google’s new chat app Allo was launched on September 21 and has already been downloaded more than five million times on the Play Store. It is an instant messaging app that was announced by Google along with video chat app (Duo) earlier this year at Google I/O. Allo has jumped to the number one spot on the Play Store (in the free apps listing). 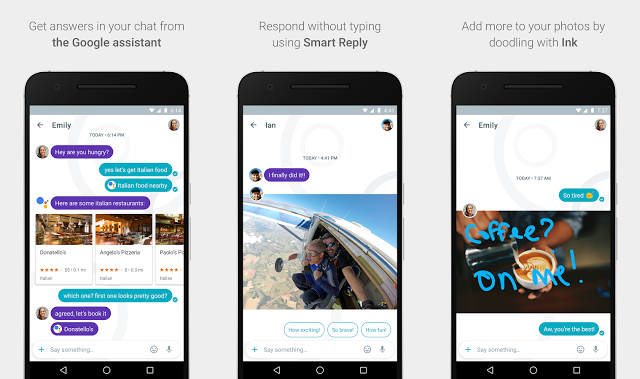 Google Duo was able to reach the 5 million downloads mark in nine days, and has since been downloaded more than 10 million times on the Play Store. The app has the maximum number of users in India and US, according to the company which revealed the numbers at a recent Google for India event.  One of the reasons for the popularity of Duo in India is the ability to work on slower networks.

Just like Duo, Allo has a tremendous scope in India too considering that the app does not require an email ID to get started and needs only a mobile number to sign-up. Google will also be bringing the Hindi version of Google Assistant soon, and the Assistant already understands Hinglish. Given the focus on Hindi, Hinglish, it is clear the app is geared towards the Indian market, which has growing importance for Google.

But Allo is entering a crowded space; in India WhatsApp and Facebook Messenger are the dominant players with the former being one of the top used apps in the country. Google says Allo is not designed to replace Hangouts, but instead work alongside it. Amit Fulay (Google’s Product Manager) has described both Allo and Duo as ‘consumer-centric’ apps, while Hangouts is geared for enterprise users.

Google Allo is powered by the company’s new machine-learning assistant referred to as the Google Assistant. Google Assistant relies on machine learning to give a user a more personal experience. The chat gives you auto suggestions for quick replies. The app has other features like support for stickers and gives users the ability to draw on photos and videos (Android). Allo also allows a user to send free SMS to those who do not have the Allo app.