In spite of persistent rumours circulating online about Mac OS’ supposed invincibility as opposed to Windows systems, the truth is a completely different sordid tale. On the contrary, Mac OS is just as vulnerable to malware attacks as Windows 10 or its older versions are. Also, the argument that more malicious malware is coded with Windows users in mind because Windows OS is a more common platform, doesn’t hold much water either. In fact, Apple’s trademark Mac operating system witnesses regular threats online, so it’s pertinent to have a solid Antivirus solution. Of course, there are paid Antivirus on the App Store, but who wants to spend precious money when there are some of the best free Antivirus for Mac 2020 waiting to be downloaded in a jiffy? 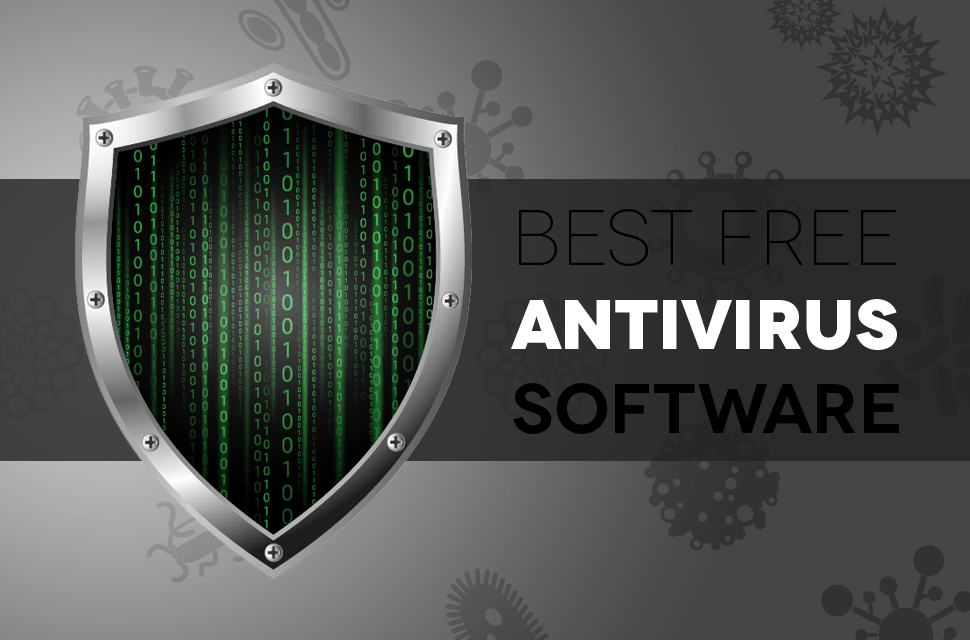 The only problem is collating and reviewing these fantastic anti-malware solutions. Fret not, we have compiled a list of seven of the best free antivirus software for Mac users in 2020 that will give your Mac a steady booster against the latest ransomware, adware and virus online. So, are you ready to find out what are the best free Antivirus for Mac 2020 that will eradicate vicious phishing scripts and trojans for once and for all? Let’s get started-:

The 7 Best Free Antivirus for Mac Users in 2020 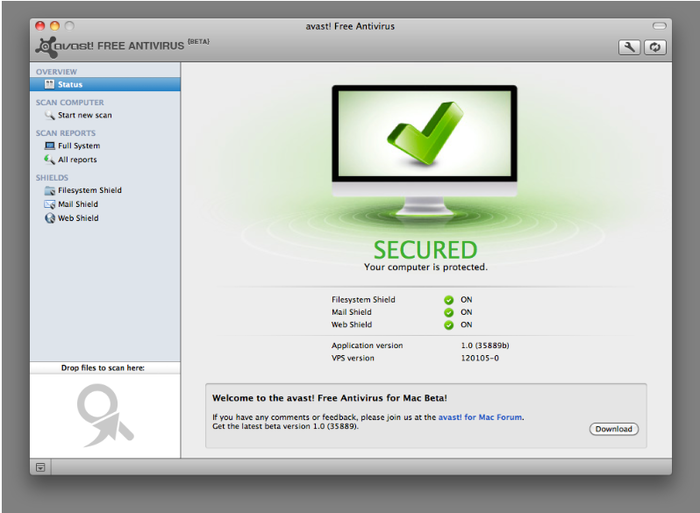 One of the most renowned antivirus security suites for a while now, Avast is quite effective in quickly performing full-system malware scans, malware removal and seamlessly sifting through various web activities such as javascript, downloads, web pages, etc. So much so, it can even scan specific email threads, and attachments without affecting your workflow.

In fact, Avast also proffers phishing protection and an intrinsic drag-and-drop scanning for individual files. Of course, you can scan attached volumes and external drives for potential infections.

Moreover, you won’t be overwhelmed by this free application’s interface which comes across as quite straightforward and modest thanks to a navigation pane on the left comprising a real-time graph that encapsulates Avast shield’s activity. Avast also consists of five primary buttons that allow users to swiftly check the summary of security stats of their Mac. 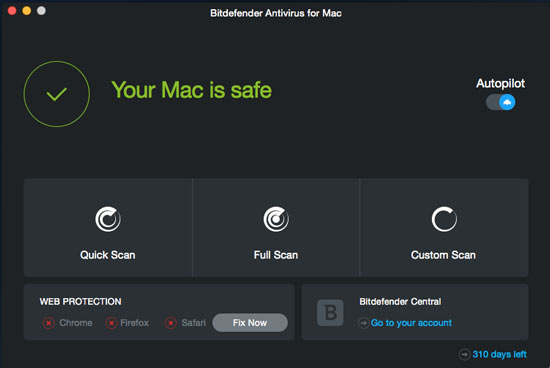 With a gamut of scan options at its disposal, Bitdefender Virus Scanner proffers quick deep scans of your entire system, and can even target specific locations. Adorned with a streamlined and sleek interface, Bitdefender can also be initiated to scan critical locations such as the entirety of your system library as well as your Mac’s launch agents thanks to its triple scanning modes. This is a great relief for those users who want to bypass lengthier scans when facing a shortage of time.

But, the real novelty factor that injects Bitdefender into our lineup of the best free Antivirus for Mac 2020 is its nifty update download mechanism. That is, Bitdefender automatically updates hourly malware definitions, so as to give your system a prior edge should it get infected with malware before a scan even commences.

Not to mention, this helps in providing a quick fix for blacklisting specific locations from system scans. Moreover, Bitdefender is endowed with the ability to swiftly search for malware inside various archives and file types such as ZIP, RAR, PDF, PKG, et al. 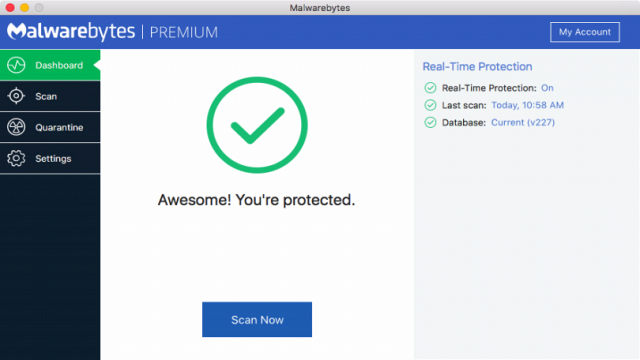 The Mac iteration of Malwarebytes initially rolled out as an adware removal tool, but as of today, it’s also doubled up as a prolific application for safeguarding your Mac against malware. Now it is an exclusive malware removal tool. You won’t have to fiddle with any extra controls on the UI which comes off as quite simple and decluttered. Just launch MalwareBytes, hit the Scan button, and MalwareBytes will populate a list of possibly infected files and weed them out.

Further, MalwareBytes is one of the best free Antivirus for Mac 2020 if you want to quarantine pernicious MacOS malware (such as Fruitfly) off your system and perform deep scans in a jiffy.

Besides, this free anti-malware solution doesn’t interfere with other Antivirus programs and can also work as a complementary program for tracking down malware in real-time. In fact, MalwareBytes is not an always-on solution, so it doesn’t really exhaust your Mac’s resources. However, the only downside is that MalwareBytes only tackles Malware, so it can’t give real-time protection against any other forms of security loopholes. 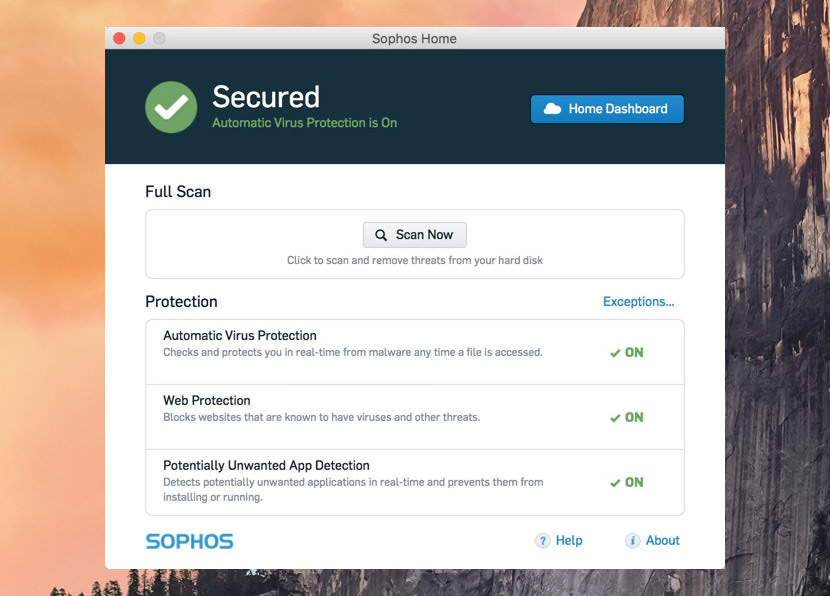 Coming on to the interface, at first glance it comes across as fairly compact considering how easily Sophos managed to cram in robust features in one program. Also, navigating the menu is a cakewalk as users can seamlessly initiate a full-system scan directly from the top of the main menu, and even configure exemptions. All in all, Sophos doesn’t disappoint wee bit in tackling malicious malware. 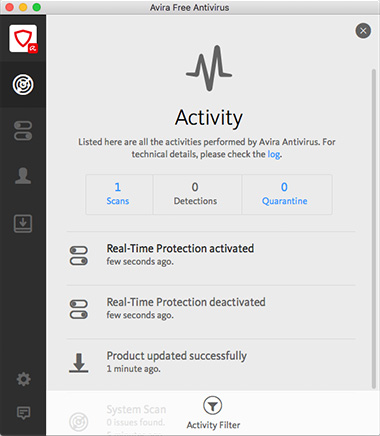 If you are seeking an antivirus that strikes a fine balance between quick access to advanced utilities and ease of use, look no further than Avira. It takes a centre-stage on many fronts, for instance, Avira is equipped with standard spyware and adware protection and can effortlessly block tracking as well as intercept harmful websites online.

Moreover, you don’t have to worry about updating Virus definitions since they are updated in a timely fashion. Plus, Avira comes bundled with 5GB of free online storage and offers one-click deletion of malicious files which make it one of the best free Antivirus for Mac on the market.

This free Antivirus solution has also got you covered if you want to check scan history or initiate automation, that is, smoothly carrying on with your activities while it scans the system in the background without interrupting your workflow. Overall, Avira makes rendering full system scans just as simple to execute as file-specific and scheduled scans. 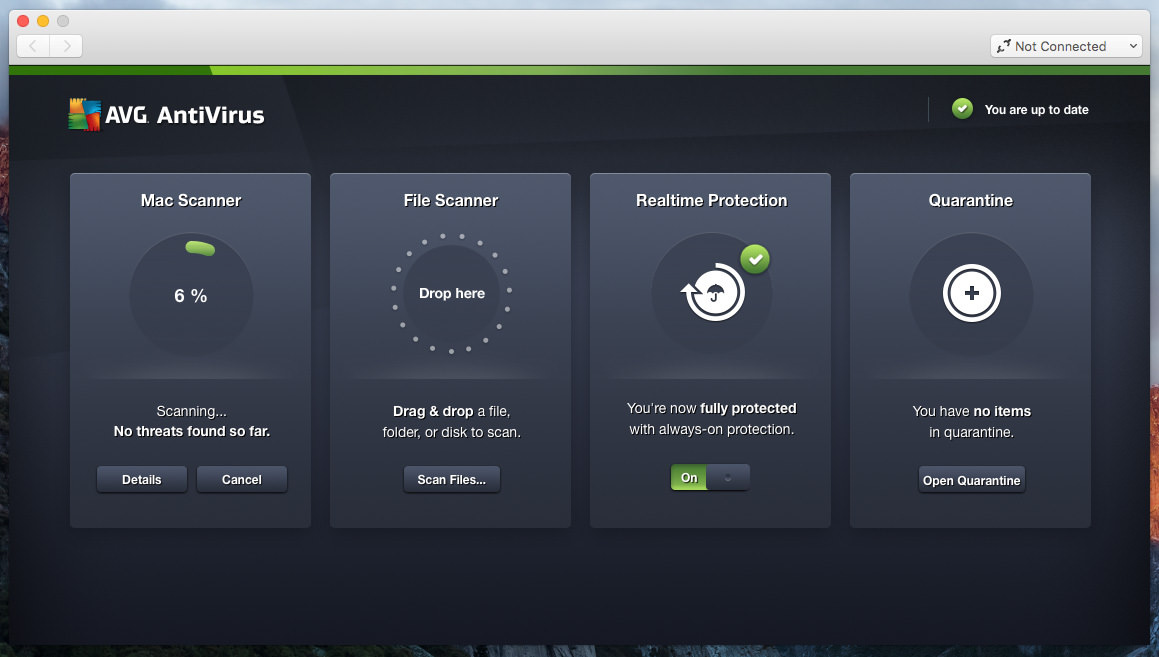 Beneath AVG’s simplistic design lies a robust security engine that detects and eradicates Mac-specific virus, spyware and malware in real-time. It works like a charm for eliminating threats on your iPhone, too. In fact, considering how pioneering AVG AntiVirus has been over the years, it not only helps protect important system files on your Mac but also prevents you from inadvertently infecting friends on other devices.

Moreover, the Resident Shield of AVG is quite formidable as it runs quietly in the background. How? Well, every file that you run, copy, or save gets automatically scanned quickly by AVG without nagging users with pop-ups.

We were also impressed with the drag & drop functionality proffered by AVG for easily singling out specific suspected files or folders. Of course, you can get automatic online updates as well as run thorough scans of your entire Mac with a single click. 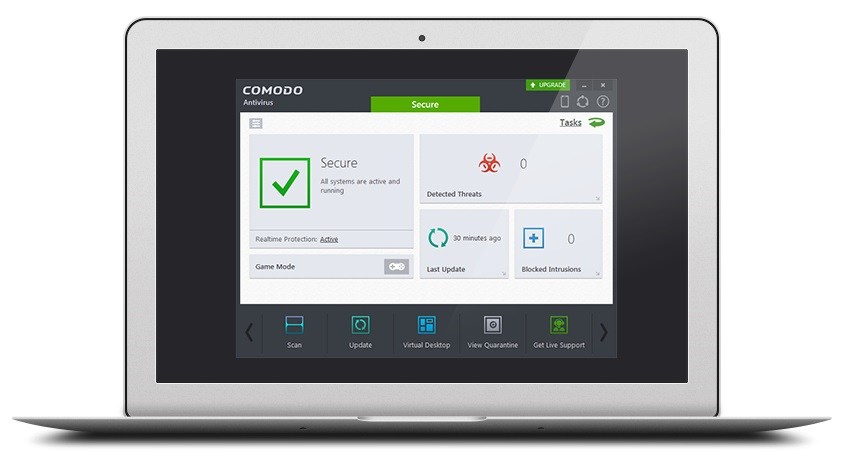 Rounding off our lineup of the best free Antivirus for Mac 2020 is Comodo which personifies comprehensive virus protection. In fact, Comodo is a proactive Antivirus which provides foolproof protection against Trojan horses, virus, and worms in Mac OS X systems. Thanks to its state-of-the-art virus protection, you can avail of an on-demand scanner, frequently updated database of known viruses and always-on real-time protection.

If you were thinking this program is a stripped-down version of a premium product, you would be sorely mistaken. In fact, Comodo Antivirus comes loaded with some goodies such as in-depth reports on viral activity, superior protection against zero-day malware in any drive or file and the ability to even scan compressed .zip files, where virus often take refuge.

On the UI front, at first glance, you would be awestruck with how easy it is to drag and drop objects onto the dock for quick virus analysis. Moreover, you are also entitled to get automatic online updates for up-to-date virus protection. All in all, Comodo boasts a pretty attractive user-friendly interface.

And…that’s a wrap! So, did you like our roundup of the best free Antivirus for Mac 2020? Did we miss out on any good Antivirus solutions that you know of? Sound off in the comments. Don’t forget to download these software by clicking through the links.